The feline strength, the alluring confidence, the punches that prove that women are definitely not the weaker. Heroines ready to go that extra step to train their guts out and get in stunning shape. 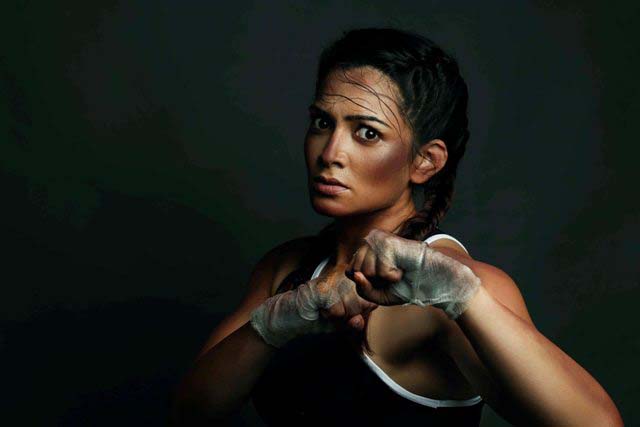 Every actor aspires to have variations in their performances and Samikssha Batnagar is no exception. Looks like the Poster Boys actress is very excited about her role in her next untitled.

Samikssha will be seen doing action scenes for the first time in the film. She has begun prepping for her role by watching female-oriented action performances in movies like Zero Dark Thirty, X-Files, Salt and Sicario to study the body language and nuances of the lead characters of these films.

Besides this, Samikssha has also begun physical training as part of her prep for the film. Her routine at the gym has always included weight and strength training. She has now added kick-boxing to her routine as well.

Since kickboxing is new to her, she has begun training daily with her trainer, in order to achieve the stance, agility, technique and speed required to perform the action sequences in the film. Earlier she was seen in the movie like Calendar Girls, Poster Boys, Hey Ram Hamne Gandhi Ko Maar Diya.