Superstar Akshay Kumar & director Rohit Shetty’s highly-awaited cop-drama Sooryavanshi which was slated for release on 24 March 2020 has been postponed indefinitely due to Covid-19 outbreak in India. Looking at the situation, other producers also have suspended the release and shootings of their films. 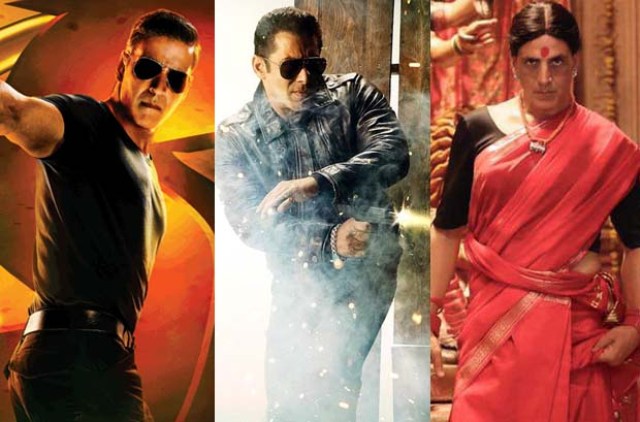 As we all know, there is a lockdown situation across the country due to coronavirus pandemic and all public places including cinema halls are closed till 31st March 2020. Unfortunately, the situation doesn’t seem to be normal till mid-April, that means, makers of Sooryavanshi won’t be able to release the film before May 2020.

Interestingly, Akshay Kumar’s next co-starring Kiara Advani, Laxmmi Bomb is already scheduled to be released in May 2020 on Eid opposite superstar Salman Khan’s Radhe: Your Most Wanted Bhai. Earlier, Vin Diesel’s Fast And Furious 9 was also slated for release on the same day, but now it has been shifted back to 2 April 2021.

Being a big-budget mass entertainer, Sooryavanshi demands a big date to release and its makers are also looking for the same. So when Akshay already has Eid, there is a possibility that he will shift his Laxmmi Bomb to other date and release Sooryavanshi in its place to clash with Salman Khan’s Radhe which is also a cop-drama.

Ranveer Singh & director Kabir Khan’s highly-anticipated sports-drama ’83 which was scheduled for Good Friday i.e. 10 April 2020 has also been postponed to no fixed date. Meanwhile, Tiger Shroff’s Baaghi 3 & Irrfan Khan’s Angrezi Medium are waiting to be re-released when the situation returns to normal.