After the success of Shubh Mangal Saavdhan, actor Ayushmann Khurrana & producer Aanand L Rai have teamed up once again for the second installment in the franchise, tiled Shubh Mangal Zyada Saavdhan. The makers made an official announcement on Thursday with a promotional teaser video. 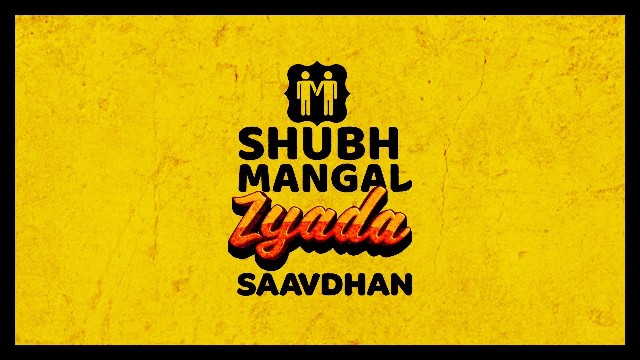 Released in the year 2017, the earlier installment Shubh Mangal Saavdhan starred Bhumi Pednekar in opposite to Ayushmann. Directed by RS Prasanna, the official Hindi remake of director’s own Tamil film Kalyana Samayal Saadham addressed the subject of erectile dysfunction with humor.

Unlike the prequel, Shubh Mangal Zyada Saavdhan will focus on the issue of homosexuality and the other actor who will play opposite Ayushmann is yet to be finalized. Well, many are expecting to see Rajkummar Rao or Vicky Kaushal in the role of that second guy but still, there is no clue from the makers.

Ayushmann Khurrana is one of the finest actors in Bollywood who is known for content-driven films. About his upcoming film, he said, “It is a beautiful story told in the quintessential Aanand L Rai style of filmmaking that will touch your hearts and leave a smile on your face”.

Directed by Hitesh Kewalya, Shubh Mangal Zyada Saavdhan is scheduled to release next year on Valentine’s Day i.e. 14 February 2020. Bankrolled by Eros International & Colour Yellow Productions, the film is expected to go on floors in August-end this year.