Superstar Salman Khan’s highly-awaited period drama Bharat is all set to hit the screens this Eid amid the huge excitement of fans as well as the moviegoers. Being the first film of Salman in this year and that also with Katrina Kaif, it is one of the most-awaited films of 2019 and now when its release is near, one can easily sense the sky-high craze in the air. 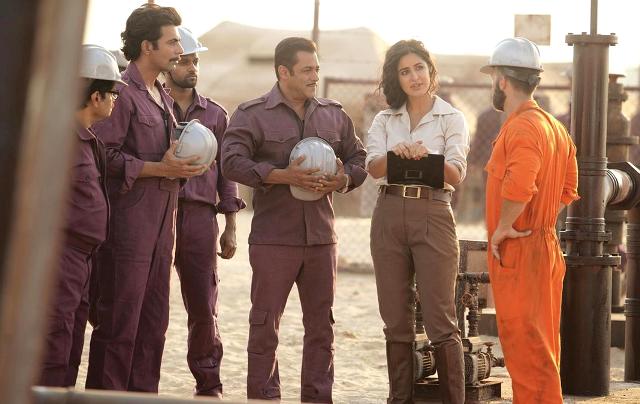 Salman Khan is one of the most popular superstars in India and has massive stardom globally. Opposite to him, the film stars superstar Katrina Kaif who is also the one among top 3 Indian actresses. Undoubtedly, the film stands high on star power and also the makers are not in the mood to leave any stone unturned.

Witnessing the great excitement for Bharat, makers & presenters have decided to start the advance booking from Friday and reportedly it is getting a good response on ticket windows since then. As per the pre-release response, the film is expected to receive more than 70% occupancy on its opening day.

Directed by Ali Abbas Zafar, Bharat is an adaptation of 2014’s South Korean melodrama Ode To My Father. It traces the post-independence history of India from the perspective of a common man named Bharat and follows his life from the age of 8 to 70.