The year 2020 can be considered the worst year in the history of Bollywood. The film industry is already facing the heat due to Covid19 pandemic as all new releases and shootings are suspended due to lockdown. Theatres across the country have been closed for the last 3 months and unfortunately, they will not reopen before the final phase of unlocking. 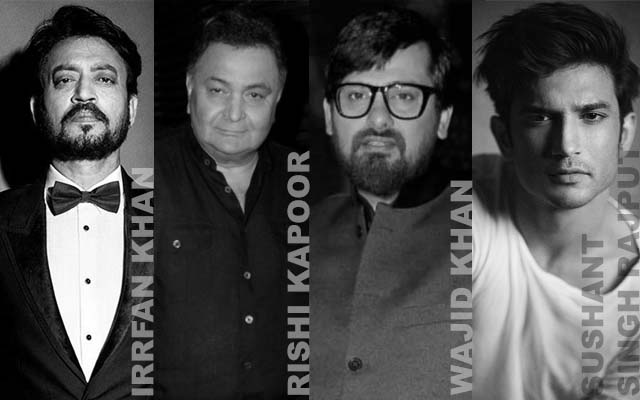 The year which was started with blockbuster Tanhaji has become terrible for Bollywood with the end of the first quarter. First Covid19 and then two veteran actors Irrfan Khan and Rishi Kapoor said goodbye to us. A month later, music composer Wajid Khan breathed his last. And recently, the most terrible news came out which left everyone in deep shock. The very talented young actor Sushant Singh Rajput was found dead in his home at Bandra, Mumbai. Police have confirmed that the actor committed suicide.

It is very unexpected for everyone how an actor who has had a very inspiring journey from a background dancer to a film star can end his life in this way. Even a week after Sushant’s death, his fans & well-wishers are still in grief. They are very upset and saying that the actor has taken this extreme step due to nepotism. While many of them are not ready to believe that it is a suicide, they are calling it a preplanned murder and demanding a CBI enquiry into the case.

A fan of Sushant from Bihar has filed a case against Karan Johar, Aditya Chopra, Salman Khan, Ekta Kapoor, Sanjay Leela Bhansali & three other filmmakers. He alleged that these Bollywood personalities tried to sabotage Sushant’s career. A case has also been filed against Sushant’s girlfriend Rhea Chakraborty for exploiting him financially & mentally.

Sushant’s death has triggered a heated debate over the crisis of nepotism in Bollywood. Many artists including Kangana Ranaut have come forward to show their rage against nepotism. People have started unfollowing star kids on social media & making hate comments against them, due to which some actors have deactivated their Twitter account and also disabled their comment section on Instagram.

The legendary singer Sonu Nigam has also voiced against nepotism and said, not only Hindi film industry but also the music industry is harassing new talents. “You might soon hear about suicides in the music industry,” he added. He has accused Bhushan Kumar of boycotting him & Arijit Singh under the pressure of Salman Khan.