Shooting at a real location in order to give the movies the rustic and real look is something directors love doing. One such incident happened with writer Aaryaan Saxena who is all set to make directorial debut with ‘Fauji Calling’. The movie portrays the life and struggles of a martyr’s family and the challenges that they have to undergo after the emotional and uneventful loss of a dear one at the country’s border. 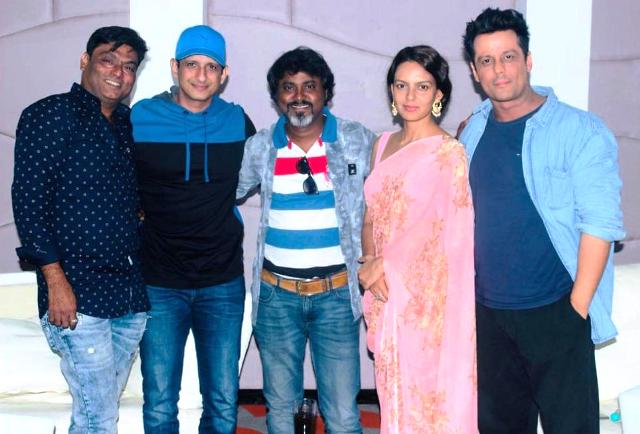 Few scenes of the movie were needed to shot in Dirigarah, a village downstream of Dassam Falls some 45 kilometers from Ranchi. As the area was bit dangerous the actors were not entirely convinced for shooting but after listening to Aaryaan’s narration they were so assured that they ended up shooting in that location putting all their trust in Aaryaan and his team.

When asked about the shoot that took place in Ranchi, director Aaryaan Saxena stated that “It was an important shoot and I am happy it was pulled off successfully. The entire village has been co-operative during our month-long schedule and some of the residents even worked with us as a junior artist in the film.

I am extremely thankful for all the villagers and the artists of the movie who helped in making it possible and putting their trust and faith in me and my work. I believe that the movie will garner lots of positive appreciation from the audience”

The movie ‘Fauji Calling’ features Sharman Joshi, Ranjha Vikram Singh, Bidita Bag, Mugdha Godse, child actor Mahi Soni and veteran actress Zarina Wahab & is produced by Ovez Productions and Running Horses Studios Pvt Ltd. The movie has completed its second schedule and is ready to go on the floor for its third schedule by the end of this August.