Right now the entire world including India is fighting with Covid-19 pandemic. As a precautionary & preventing measure, the country is completely locked down and like the other industries, the film industry is also facing the heat of it. Many forthcoming films and all on-going shootings have been suspended until the situation returns to normal. 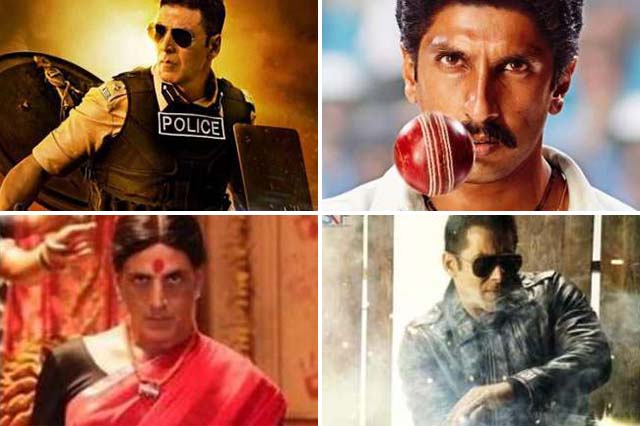 Superstar Akshay Kumar & director Rohit Shetty’s highly-buzzed Sooryavanshi (March 24) was the first film which has been postponed due to coronavirus outbreak in India. After that, Ranveer Singh & director Kabir Khan’s highly-anticipated sports drama ’83 (April 10) has also been shifted back to no fixed date as the situation doesn’t seem to be normal till mid-April.

There is no doubt that, due to the re-scheduling of these two biggies, all other upcoming films will get affected. The audience will witness multiple major clashes at the box office and the first one of them is set to happen on Eid, most probably between Akshay Kumar’s Sooryavanshi & Salman Khan’s Radhe: Your Most Wanted Bhai.

Sooryavanshi is all set to release on any date but Radhe is still under post-production stage, so it might be delayed. If not Radhe then ’83, but this Eid there will be a big clash for sure. Because with only one blockbuster i.e. Tanhaji in first-quarter of 2020 and after facing a huge loss due to this lockdown, Hindi film industry won’t be able to afford clashes on normal dates.

Earlier Akshay’s Laxmmi Bomb was supposed to clash with Salman Khan’s cop-drama on Eid, but now there is an unofficial confirmation that it will be his Sooryavanshi and Laxmmi Bomb will release later. Meanwhile, Tiger Shroff’s Baaghi 3 and Irrfan khan’s Angrezi Medium are waiting to be re-released when the lockdown lifts up.