Amitabh Bachchan and Ayushmann Khurrana starrer much-anticipated Hindi film Gulabo Sitabo which was earlier supposed to hit theatres on 17 April 2020 but wasn’t released due to COVID-19 outbreak, is now releasing directly on OTT platform Amazon Prime Video. Although, the theatre owners are quite disappointed by this decision of makers. 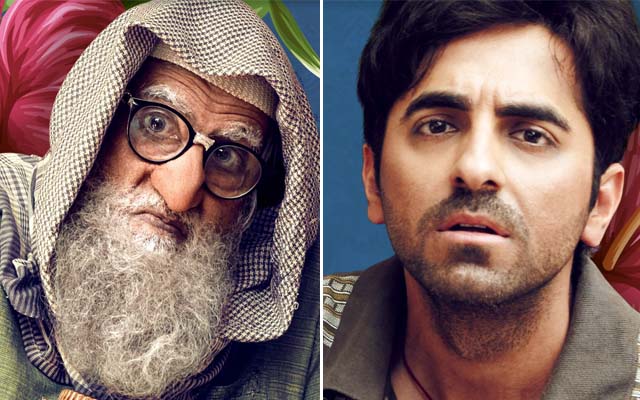 More than a week back, Multiplex Association of India had issued a statement to urge film producers & studios to support exhibitors & theatre owners by releasing their films in theatres only once they reopen. But still, producers Ronnie Lahiri & Sheel Kumar have decided to premiere Gulabo Sitabo on an OTT platform.

On Friday, from the official twitter handle of Rising Sun Films, the makers were made the announcement of Gulabo Sitabo worldwide premiere on Amazon Prime on 12 June 2020. Apparently, fans have found this news exciting but exhibitors & theatre owners including PVR & INOX, are calling it a mistake.

INOX has issued a statement and openly criticised the decision of producers Ronnie Lahiri & Sheel Kumar without naming them. PVR Pictures CEO Kamal Gianchandani has also shown disappointment on the decision of makers to skip the theatrical run despite a request.

Directed by Shoojit Sircar, Gulabo Sitabo featuring big names could do wonders at the box office but still, the makers have decided to skip the theatrical run. We hope they have a solid reason for this. Anyways, the decision will keep audiences connected to Hindi cinema even in this pandemic situation.