It is that evening of the year in Melbourne when the annual awards night marked its gala presence in the cultural melting pot. 2019’s award function at the Indian Film Festival of Melbourne (IFFM) was a special one for many reasons. 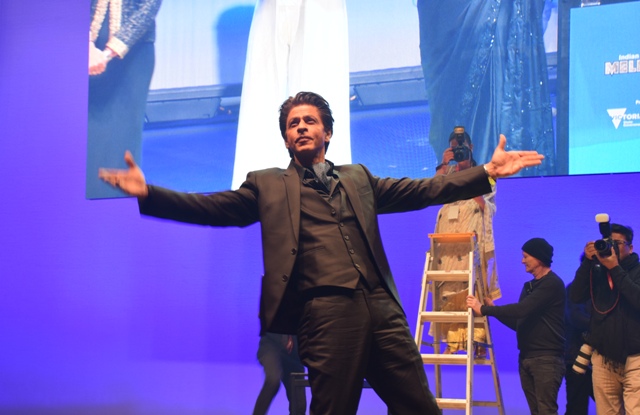 Zoya Akhtar’s Gully Boy walked away with the top gong of Best Film honour, whereas Vijay Sethupathi won the Best Actor for his widely acclaimed film Tamil film Super Deluxe and Tabu was named Best Actress for her performance in Andhadhun.

Zoya said, “I am so excited. I am not going to forget this evening. This is my first award in the capacity of a producer. Gully boy was our first production. This is a good start. No one makes a movie alone and this wouldn’t be possible without my producers, my co-writer, my incredible actors and every member of my cast and crew. 54 invincible artists worked on this album. I owe this night to all of them.”

Sriram said on his win as best director, “I am thankful and overwhelmed with the response to Andhadhun and this award. A French short film inspired this movie. It was 7 years ago and the movie took a long time to make.”

Upon receiving her award, Tabu said, “It’s my first time in Australia but I will remember it for the rest of my life. Thank you, Sriram for writing this for me. This character is a catalyst for a change of roles for women that are being written and will be written in future. Thank you for trusting me with this character”.

Shah Rukh Khan, in his usual candour, said, “Thank you all of you in Melbourne. It’s an honour and privilege for me. Awards are odd because to me an art form is judged for its quality feels counter-intuitive. Art is an expression and cinema is the ability to create emotions and share experiences through stories.

To be an actor is to live to know that each one is a mere illusion. When you are making a movie you can change a lot by changing the angle of the light and it strikes you that life is a lot like that as well. It’s the simple things that can alter your journey and pondering makes your story worth telling.

I shot a film here 12 years ago and it was a straightforward film about a man who has lost hope in life picks on a team of girls and then they go on to win a world championship. This city had the simplicity I had seen nowhere else. When you get older like me, you realise things. I realised that the film changed my life. It’s not the awards you get, it’s just the part of creating a process that is an exhilarating experience for an artist.”