On the eve of Hindi divas, Dainik Jagran’s ‘Sanidhya’ under the initiative ‘Hindi Hai Hum’ to make Hindi rich and strong was organized at Indira Gandhi National Center for the Arts, Delhi. During the session ‘Vigyapan ki Hindi’ Central Film Certification Board chairperson Prasoon Joshi told writer and moderator Anant Vijay that “when he was in the advertisement, he was often a spectacle during office meetings while speaking Hindi, as there were few bilingual people. They considered me as a grassroots person. But now the time has changed. One can have a Mother’s tongue, today Hindi is my mother tongue and English is my skill.” 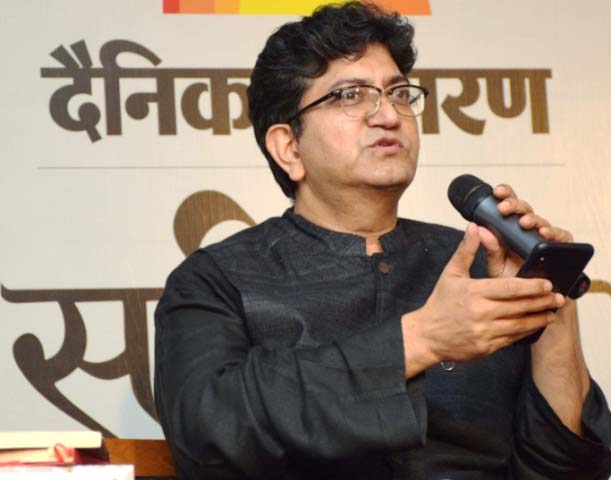 Hindi has an innate charm about it and it should accommodate words from other languages without insecurity. Words represent culture. Joshi further said that “I cannot translate cow dung and I cannot accept that the soil is terracotta. It was important for Hindi speakers not to ridicule those who struggle to speak it. There will be mistakes, but they will eventually improve. Hindi should not be presented as poor.”

He further said, “Writing for advertising is a challenge. On-demand, immediately it becomes even more difficult. In advertising, in very few words, you have to glorify something which is very challenging”

Indian Censor board President Prasoon Joshi has further stated that “the film industry lacks the authenticity of the content. Taking a dig at the films made on the plight of farmers, he said. “In our country, until a farmer’s son makes a film on them, the real pain of the farmers will not be felt. He said that filmmaking should be ‘democratic’ by opening it up to more people. A fancy-dress person will never be able to do justice to a farmer by making a film.”