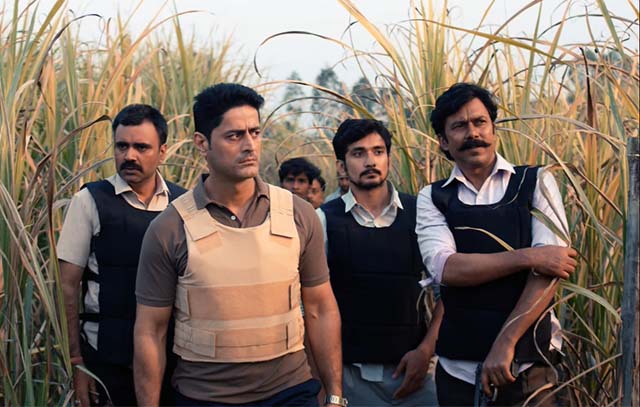 Bhaukaal is set in 2003, against the backdrop of Muzzafarnagar which was then better known as the crime capital of India. Versatile actor Mohit Raina is seen essaying the role of this real-life hero and the similarities between both leave us spellbound. The makers have cast this role to perfection and Raina’s angry, young man look coupled with the gravitas of an IPS Officer brings alive the character.

Having to outline the risky life of Navniet Sekera, the actor had to don a uniform, perfect his gait, and take all measure to maintain authenticity. But the one thing he never thought he would do was wear a real-life bullet-proof jacket! Throughout the filming of the series, Mohit got the opportunity to wear IPS Officer Navniet Sekera’s real bullet-proof jacket.

On getting an opportunity like that, Mohit Raina states, “When I was going through the script, I was well aware that this series is high on thrill and blood-rush action. Navniet Sir is a real-life hero and to be able to wear his jacket was nothing less than an honour. This is the first time I’m playing a police officer and wearing this jacket made me feel the responsibility that he carried on his shoulders. I stepped into his shoes for those few weeks of filming and in that moment it made me feel purposeful, powerful and unstoppable”.