As the last month, in April also there is a couple of highly-awaited movies to be released at the box office; one is the Marvel Studios’ most-awaited Avengers: Endgame & the other one is Hindi epic drama Kalank. Apart from these two, there are several other releases as well. 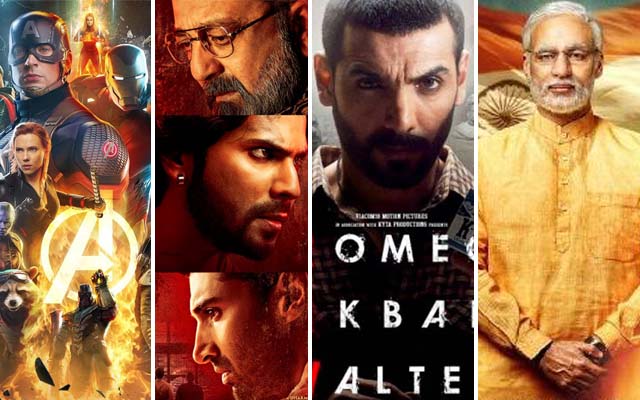 Romeo Akbar Walter (RAW)– Starring John Abraham in the lead role, this spy thriller drama was released on 5 April 2019. Directed by Robbie Grewal, it is inspired by the true events set in 1971 during the India-Pakistan war.

Shazam!– One of the much-awaited Hollywood films of the year, it’s a superhero action comedy starring Zachary Levi & Asher Angel. Directed by David F. Sandberg, it is the 7th instalment in the DC Extended Universe & was released on 5 April 2019.

PM Narendra Modi (Postponed till the end Lok Sabha Elections)– Based on the life of Prime Minister Narendra Modi, this biopic was scheduled to be released on 11 April 2019. Directed by Omung Kumar, it stars Vivek Oberoi in the titular role along with Boman Irani, Manoj Joshi, Darshan Kumaar & Kishori Shahane.