You’ve seen many a quintessential hero, and then there are the stereotypical villains. However, MX Player is now bringing viewers two iconic characters, Vijay Singh and Waseem Khan from Purvanchal, who are the lawmakers as well as the lawbreakers. Power-hungry, driven by vengeance and led by a brute strength that wouldn’t let anything come in their way – the duo promises to be the greatest villains that the web has seen lately. 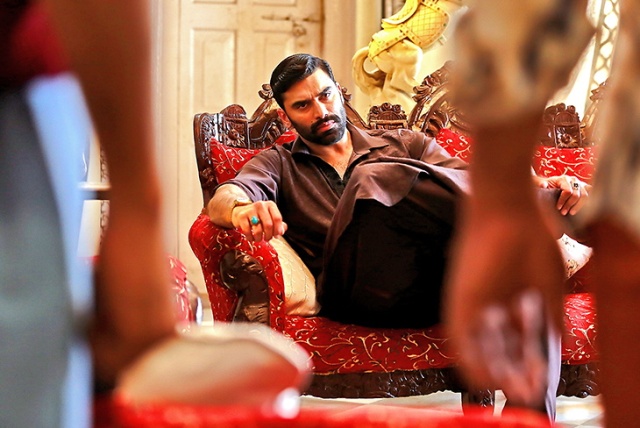 MX Original Series Raktanchal redefines the menacing ways of heartland lawlessness and the mafia-raj culture that make the region of Purvanchal bleed into Raktanchal – one gunshot at a time.

Vijay Singh (played by Kranti Prakash Jha) and Waseem Khan (essayed by Nikitin Dheer) will show you the dark side of power, the underbelly of our polite society, and the codes that are practised, and broken, brutally or not so brutally.

A caring and studious young man turned reluctant gangster – Vijay Singh has many faces. With an aim to dominate and win every tender in the city, Vijay created a mark all by himself and became the most feared man in the city. He was terror in disguise. Violence, lawmakers or politics – nothing could stop him from getting what he wants. His mantra – more risk, more pain and more pain means more gain is sure to leave you with goosebumps.

After his impactful role in MS Dhoni – The Untold Story, Kranti Prakash Jha plays Vijay Singh to perfection. Adding light to the character, he says, “Vijay Singh does not follow the usual gangster graph, he did not enter that world out of fascination or because he had a thirst for power.

His is a story of struggles to shatter the criminal empire of his adversary. Gang wars have always fascinated me and getting a chance to play a character that is so layered, so real and dangerous really intrigued me”.

His arch-enemy, the ruthless Waseem Khan is equipped not only with money but also with the power of politics as well. Shrewd, arrogant and ruling the tender mafic with an ironclad fist – Waseem Khan will do anything to retain his control and protect what is his. And, when a war is declared – he stops at nothing.

Acclaimed for his performances in Chennai Express, Jodha Akbar and Mission Istanbul – Nikitin Dheer plays Waseem Khan in this series and he added saying, “Brutal, violent and hungry for power – these are the words I would use to describe my character. What’s interesting in his story is how he reacts when his authority is threatened and what extent he will go to, to prove his worth. This series brings forth a never seen before the world of the kedari and I hope my fans appreciate me in this dark role as well”.

The face of the underworld changed when the two came eye to eye. The series is all set to stream on MX Player from 28 May 2020.