This year, the Hindi film industry will have to leave a big release date i.e. Eid due to Covid-19 outbreak across the globe including India. The government had announced a lockdown of 21 days in the country till 14 April 2020, which was later extended to 3 May 2020 & could be extended even further as the situation is not yet under control. 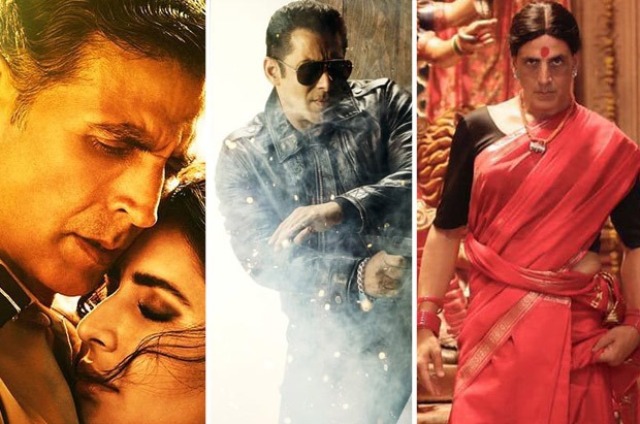 All the theatres across the country are closed since mid-March 2020 and will not reopen before June 2020. Due to which, the filmmakers had to suspend all their new releases and ongoing shooting indefinitely. Superstar Akshay Kumar & director Rohit Shetty’s Sooryavanshi was the first film to get postponed due to this pandemic.

Then, Ranveer Singh’s ’83, Arjun-Parineeti’s Sandeep Aur Pinky Faraar, Varun-Sara’s Coolie No. 1 & other scheduled films were also postponed by their makers. Earlier the situation was expected to be normal by the end of April and there was speculation that Akshay’s Sooryavanshi will hit theatres on Eid in place of his Laxmmi Bomb opposite Salman Khan’s Radhe.

But the filming of Radhe is yet to be completed and even Sooryavanshi requires around 8 days to be prepared for release. Also, the audience will not come to theatres immediately after the lockdown. It will take time to make them feel safe in theatres, so we can’t expect any major film to be released before mid-July 2020.

This means, neither Salman’s Radhe nor Akshay’s Sooryavanshi will release this Eid, their fans will have to wait longer. The re-scheduling of upcoming films will affect the entire calendar of 2020 and as its result, some films will be pushed to next year.