Every actor wants to do things that make them and their character look nice on screen but versatile actress Pallavi Joshi believes in portraying her character to a much larger extent. Storytellers like Vivek Agnihotri beautifully understand the overall arc of the story, the scene progression and the path on which the story moves and they have an intricate understanding on how to take it all forward according to Pallavi. 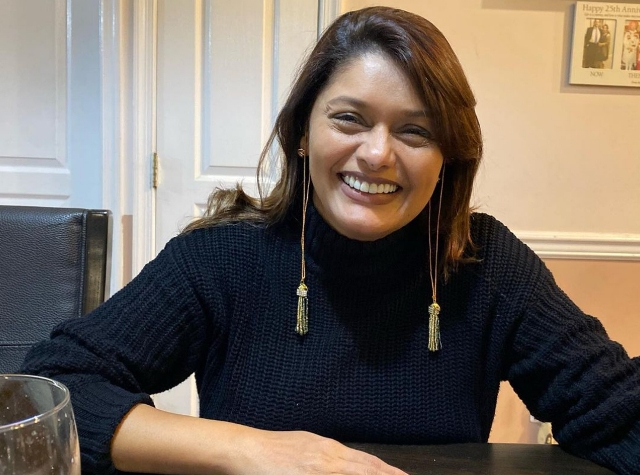 Working with Anupam Kher and Mithun Chakraborty was a lifetime experience for Pallavi. “Both Mithun Da and Anupam Ji, I have done a lot of projects with them in the past with Mithun Da. I have done some very memorable films like Daata and Mujrim so we have kind of set an Equation.

In both these Films coincidentally we were playing a role of brother and sister so me calling him Dada was just the most natural thing in the world because in Marathi we will our elder Brother Dada too and I think that Equation is carried forward when I went to meet him for Taj Confiance it was so wonderful that I felt we just took off from where we had left Taj Confiance was great having him back. The Kashmir Files I think Dada has gone to another level of acting. He is brilliant. In some of the scenes, he performed while watching everyone was crying on the set so he is brilliant there.”

She further added “Anupam Ji, I did The Last Show film with him and with him, I have gone through every relationship. I have played every role with Mr Kher. In The Kashmir Files, we have nothing to do with each other we are just standing in different ends of an ideology and he is also a very Versatile Actor and what I noticed is he completely surrendered himself into the character of Vishwanath. It is so wonderful to see actors preparing for their craft and surrendering themselves to the characters like as people they have never existed. It’s a great study in the acting and I think I am learning so much from Anupam Sir and Mithun Da.”

Following the critical acclaim of Agnihotri’s The Tashkent Files in April 2019, the filmmaker believes The Kashmir Files is a small step towards letting the world, especially his countrymen, know about the plight of Kashmiri Hindus. Featuring Anupam Kher in a pivotal role, The Kashmir Files is slated to release in 2021.