As promised, on April 24 makers of Sanjay Dutt’s biopic have revealed its title along with the first look poster and teaser. Directed by the ace filmmaker Rajkumar Hirani, this biographical drama film has got the title ‘Sanju’ and is all set to hit the screens on 29 June 2018 worldwide. The first look poster of Sanju is quite interesting and features Ranbir Kapoor in different avatars of Sanjay Dutt from his Rocky days to the days after release from Jail. Teaser narrates all the phases of his life from high to low, from the days of his drug addiction at the age of 22 to the Munna Bhai comeback. The days he spent in five-star hotels to the days he spent in window-less jail.

Undoubtedly the teaser looks very promising and raises the expectations to the next level. But the one that impresses the most is, Ranbir Kapoor whose efforts for stepping into the shoes of Sanjay Dutt are appreciable. He looks similar to Dutt and the way he imitated the style & stance of Sanju Baba, is amazing.

Produced by Vinod Chopra Films & Rajkumar Hirani Films in association with Fox Star Studios, Sanju is a story of a man who lived many lives. With the teaser, it promises a balanced dose of entertainment and emotions with a relevant inspiring message. 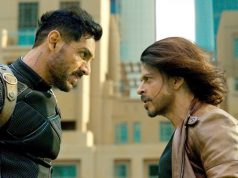 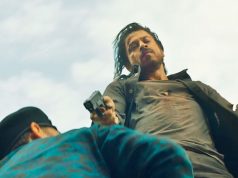