The year 2020 is showing no mercy on Hindi Film Industry & fans, and the stars are falling one by one from the sky. Last month we lost veteran actors Irrfan Khan & Rishi Kapoor and a week back, music composer Wajid Khan left us. Then now on 14 June 2020, Sunday afternoon, the news came out about the unimagined death of young actor Sushant Singh Rajput which left everyone in deep shock. 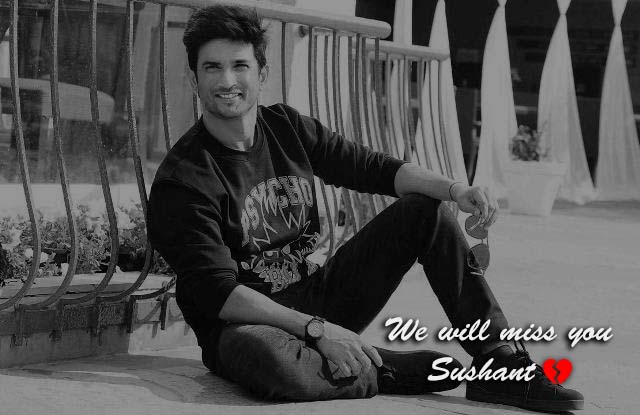 The actor with an infectious smile, Sushant, aged 34, was found dead at his home in Bandra (West) Mumbai. The police have confirmed that he has committed suicide and they are investigating to find the reason behind this. While Sushant’s manager & sister told the police, that he had been struggling with depression for the past 5-6 months and wasn’t taking the prescribed medicines.

Whatever the reason, but Sushant Singh Rajput left very soon, he had miles to go. His departure shook the entire film industry and once again put a spotlight on the importance of mental health care. Nobody had any idea what he was hiding behind his smile due to which he had to take such a big step.

The very talented Sushant has had a very inspirational journey from a background dancer to a film star. He had started his acting career from TV and then made a debut in Bollywood with Kai Po Che in 2013. He had garnered huge appreciation from everyone for portraying MS Dhoni on screen in his biopic.

The actor was last seen in Nitesh Tiwari’s Chhichhore (2019) which was a success at the box office. His next film titled Dil Bechara for which we were waiting excitedly, is set to release on an OTT platform soon. But, now we will not be able to watch it without tears because that will be his last screen appearance.

We will miss you Sushant!