The last two days were quite terrible for the Hindi film industry, as two iconic actors Irrfan Khan and Rishi Kapoor left the world. The B-town and fans were yet to come out of the grief of Irrfan’s death, that the next day they received another shocking news of Rishi Ji’s departure. 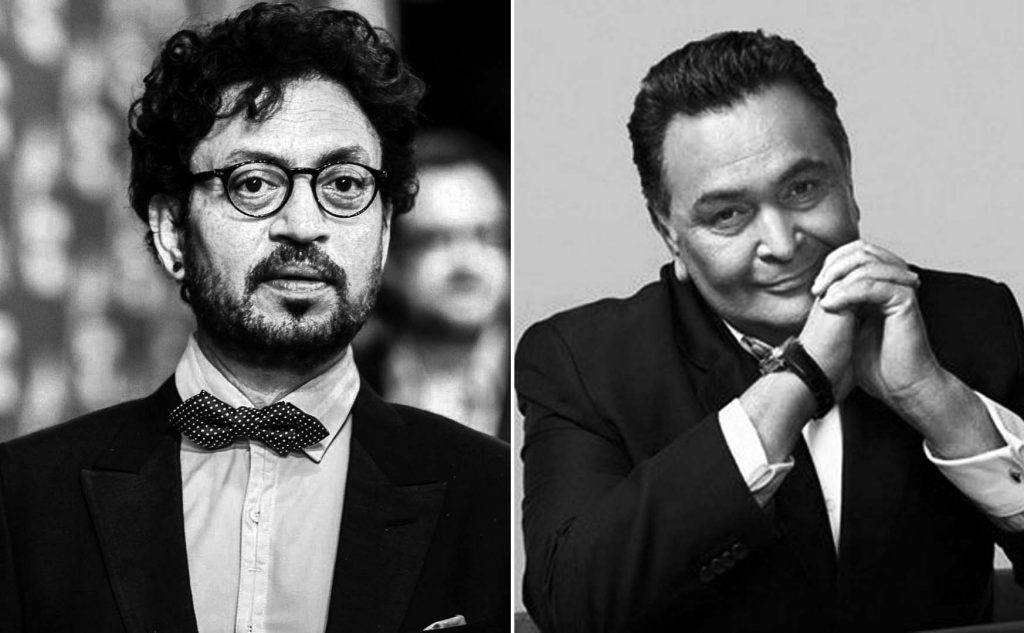 Both were supremely talented and versatile actors who have inspired many around them. Irrfan who was 53, breathed his last at the Kokilaben Dhirubhai Ambani Hospital in Mumbai on Wednesday, 29 April 2020. The actor was diagnosed with rare cancer in March 2018 and after treatment in London, he returned to India in September last year.

On Thursday, 30 April 2020, veteran actor Rishi Kapoor died at the age of 67. He too was diagnosed with cancer in 2018 and returned to India in September 2019 after a year of treatment in New York. On Wednesday morning, the actor was admitted to HN Reliance Foundation Hospital in Mumbai where he breathed his last.

An actor beyond compare, Irrfan Khan has had a very inspiring journey from theatre to Bollywood and then to Hollywood. His film career spanned over three decades was started with a minor role in Salaam Bombay! (1988). His first Hindi film as a lead actor was Rog (2005) and the last was Angrezi Medium (13 March 2020), meanwhile, he also appeared in many English films.

The evergreen Rishi Kapoor has had a glorious career of over four decades in Hindi cinema. He had made his debut as a leading actor in 1973 from Bobby and was last seen in the film The Body that was released on 13 December 2019. Rishi Ji & Irrfan worked together in Nikhil Advani’s D-Day (2013).