Celebrity calendars are a great innovation especially when the biggest stars face the camera in the most interesting shots becoming iconic of sorts. But it would be the first time a movie will have a dedicated calendar starring its central character that would be featured for the people to see and view. 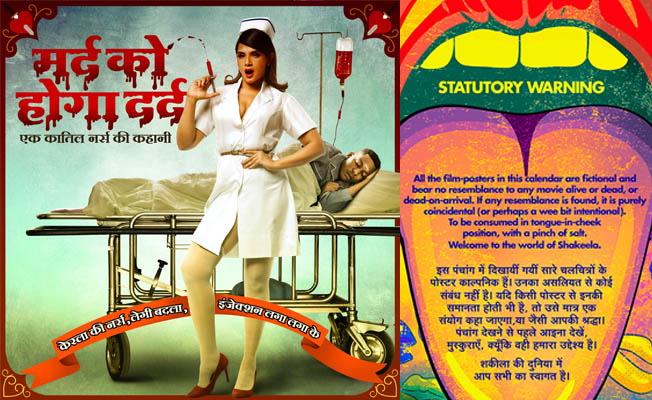 But this won’t be a glitzy, glamorous calendar but instead will have Richa Chadha posing in posters inspired by the genre of the cheesiest, quirkiest films of the decade of the 90s which would be equally hilarious and yet are induced with a great deal of thought as an homage to the funniest posters of the time.

Each of the months has Richa posing in a new avatar with a completely made up poster of a fictional movie name and elements thereafter. The calendar will be launched in the coming week.

The calendar will also have a warning that each of these images and posters bears no resemblance to any real-life inspired people or any other actual films, they’re simply to be taken in light humor and enjoy the kitschy world of Shakeela from the late 90s.

Speaking about it, Richa said, “Even though our film is currently in post-production, we wanted to do something special ahead of the film’s release. , The team thought we should pay this homage to her and the films that she has been a part of. It’s quirky and tongue in cheek, so we are aware many people may not understand it. But there’s an underbelly to the cinema and often is crazy and colorful. I hope people find the humor we did in this calendar and enjoy the world of these 90s pulp films!