Nobody knows exactly when the world will get rid of this Covid-19 pandemic. After the first lockdown of 21 days ended on April 14, the govt. of India has been extended it for another 19 days till May 3 as the condition is not under control yet. All of us are quarantined in our homes and are praying for the situation to get normal soon so that we can resume our normal lives. 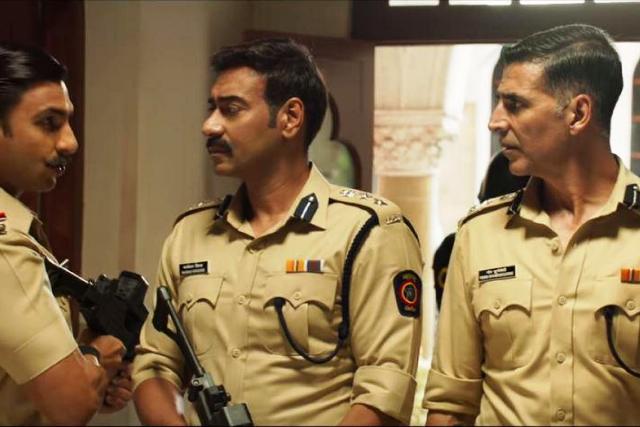 As we know, the film industry is also facing the heat of coronavirus very badly. After the underperforming first quarter, the year 2020 is turning worst as all the new releases had to be postponed indefinitely. Even all the ongoing shootings had to be suspended, which is causing a huge financial loss to the production houses & distributors.

With only a single blockbuster ‘Tanhaji’ in the first quarter, Bollywood had very high expectations with Akshay Kumar’s Sooryavanshi which was scheduled for release on March 24 but had to be postponed. Later, Ranveer Singh’s ’83 (April 10) had also been delayed by the makers, and recently as per the source, Salman Khan’s Radhe won’t be able to release on May 22 as the filming is yet to be completed.

So there is speculation that Rohit Shetty’s action cop-drama Sooryavanshi could hit the theatres solo on this Eid in place of Akshay’s Laxmmi Bomb & Salman’s Radhe. But this will happen only if the situation returns to normal on time because still, some work of around 8 days is pending for the film, told Shibasish Sarkar- Reliance Entertainment CEO in an interview with Mumbai Mirror.

Sarkar didn’t say that they are planning for Eid 2020 release, but he said Sooryavanshi and ’83 which is also backed by Reliance Entertainment, will be the first films to release once normalcy returns after the lockdown. He also told that the latter needs atleast a month to get ready for the release.

CEO of the company backing two big films has added, “we can’t expect viewers to come to cinema halls just after the crisis has passed. There will be some psychological fear & we will have to build up their confidence over a period of time. But, one thing is for sure, the craze for cinema would never die in India”.