Late Sushant Singh Rajput’s final film Dil Bechara is set to premiere digitally on Disney+ Hotstar from 24 July 2020. As a tribute to Sushant, the film will be available for all, subscribers and non-subscribers. Produced by Fox Star Studios, it was scheduled for release in theatres on 8 May 2020 but got postponed due to lockdown. 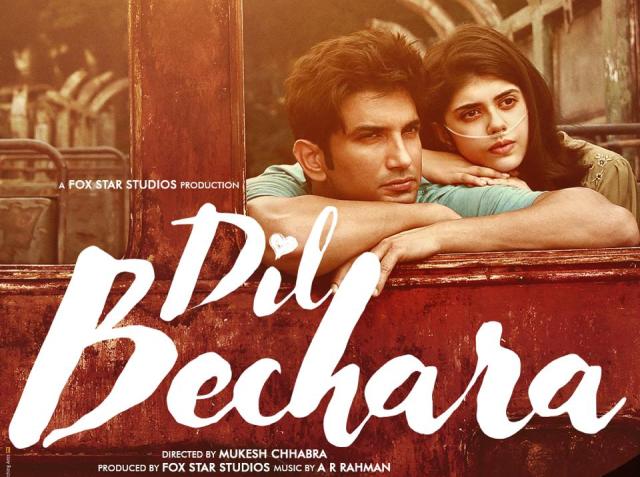 An adaptation of John Green’s 2013 bestseller The Fault In Our Stars, Dil Bechara marks the directorial debut of casting director Mukesh Chhabra. The film co-stars Sanjana Sanghi, who played a cameo in Fukrey Returns as Katty. It also features Saif Ali Khan in a special role, Milind Gunaji & Javed Jaffrey.

On 25 June 2020, Thursday, Sanjana took to Twitter & shared a poster with the caption, “A story of love, of hope, and of endless memories. Celebrating our dearest, and the late Sushant Singh Rajput‘s legacy that will be etched in the minds of all and cherished forever.”

She also posted, “Dil Bechara coming to everyone on Disney+ Hotstar on July 24. For the love of Sushant and his love for cinema, the movie will be available to all subscribers and non-subscribers!”.

Dil Bechara went on floors in July 2018 and was earlier titled Kizie Aur Manny. After getting postponed for multiple times, the Hindi romantic drama is finally releasing. Disney+ Hotstar will make the film available for free to everyone from 24 July 2020. The trailer will be out shortly.