In a brand-new development, producers of Bole Chudiyan have signed Tamannaah Bhatia as the female lead for the romantic drama. This will create a fresh Bollywood pairing of Nawazuddin Siddiqui and Tamannaah Bhatia who will be working together for the maiden time. 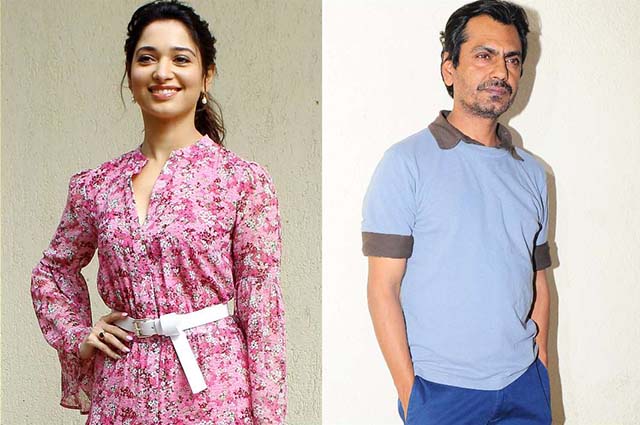 The film also marks the directorial debut of Nawazuddin’s brother, Shamas Nawab Siddiqui and will be produced by Rajesh and Kiran Bhatia of Woodpecker Movies. With a start-to-finish 45-day schedule, Bole Chudiyan will be shot from July to August and is slated for a 2020 release.

Tamannaah Bhatia states, “I’m looking forward to being a part of this project. The script fits in beautifully with the narrative. This will be the very first time I will be attempting such a multi-layered character in a mainstream Bollywood film.

What really caught my attention was the storyline of the film which is a prevalent issue that grips society at large even today. My character is authentic and quite contrary to what I am in reality, it’s something I will be experimenting for the very first time”

Recently filmmaker Anurag Kashyap joined the cast of the film and stated on the record, “Yes, I am doing the film but that’s all I know for now. I have agreed to do the film as this is the first time Nawaz has asked me to do anything and I trust him.”

2019 has certainly opened on a favorable note for the ravishing Tamannaah Bhatia as both her releases F2: Fun & Frustration and Kanne Kalaimaane garnered a fantastic reception from the audience. After enthralling the viewers with the sequel version of Kollywood’s horror-thriller ‘Devi’, the 28-year-old actress recently made heads turn with ‘Khamoshi’.

Besides essaying the lead role in the Telugu remake of Mahi V Raghav’s Telugu film ‘Anando Brahma’, Tamannaah she has a big release lined up in the Tamil remake of Queen and period drama Sye Raa Narasimha Reddy. Tamannaah is looking at a busy year with multiple releases lined up.