Recently the legendry actor Mithun Chakraborty was ill due to food poisoning and the shoot was called off for a day. After a week filmmaker, Vivek Ranjan Agnihotri was battling with a severe sprain in his leg. Now ‘The Kashmir Files’ shoot again got cancelled due to heavy snowfall in Kashmir and closure of airports. 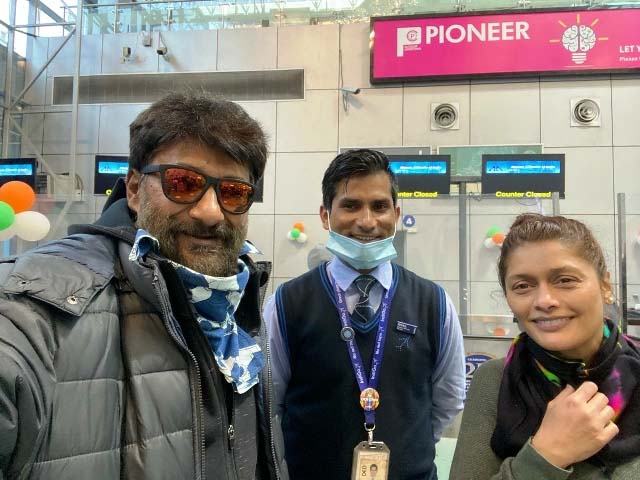 When we spoke to Agnihotri, he went on to say, “We were scheduled to go from Uttarakhand to Srinagar. We took off from Dehradun airport and reached Delhi, but as there was heavy snowfall in Kashmir, the airport was locked. Due to massive bookings in Jammu and Kashmir, it took hours to handle the security and logistical issues to shoot the movie.

As at the Delhi airport we got stranded for more than ten hours, we ultimately decided to return to Mumbai and wait until the snowfall halts. When we came back to Mumbai, in those ten hours we did a lot of hard work of production planning at the airport since all the head of the departments and everyone was there.

It was a real pleasure to see the star cast Darshan Kumar, Pallavi Joshi, and others coming together. This film is made up of a lot of hardships, sacrifices, and immense struggle, and thus, I believe it is the blessing of Goddess Saraswati that despite several odds and problems, it is finally reaching the end of its schedule.”

He further adds “It really amazed me that the airport staff both at Dehradun and Delhi airports went out of their way to make us comfortable. At Delhi airport they relinquished the entire excess baggage which was of lacs of rupees, saying that this is complimentary from our side for what you have suffered. Even they arranged a special bus for us to travel between the terminals and airports not just once, but thrice because the flight was getting postponed.

I realized we make a film like The Kashmir Files for a social cause and every citizen wants this film to be made. At times, a lot of our hardships are taken care of by the citizens and that is exactly what happened with us at the airport.” Featuring Mithun Chakraborty, Anupam Kher, Pallavi Joshi, Punit Issar & Darshan Kumar in pivotal roles, ‘The Kashmir Files’ is scheduled to release in 2021.