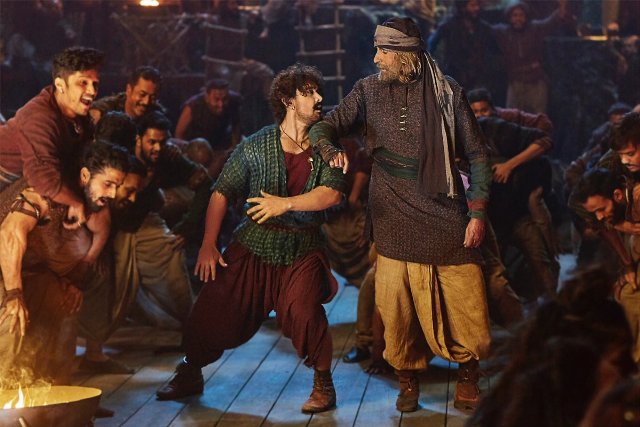 Yash Raj Films’ presentation Thugs Of Hindostan is continuously making buzz since the announcement was made last year, and after the release of its promising trailer, everyone seems so much excited to catch it first in theaters this Diwali.

Due to the humongous pre-release hype, makers decided to open the advance booking for TOH earlier than usual. From Saturday (3 Nov.), the pre-booking of the movie is open across the country including single screens as well as multiplexes.

Thugs of Hindostan is releasing on more than 5000 screens nationwide in Hindi, Tamil & Telugu languages, that includes 4500+ screens are for Hindi. It also marks the widest ever Indian release on IMAX with 17 screens, and the advance booking for IMAX was started on Friday (2 Nov).

TOH is releasing on Thursday, so it will have an extended holiday weekend to enjoy. Solid star power, wide-scale promotions, phenomenal hype & India’s biggest production banner, everything points toward an earth-shattering start for the movie.