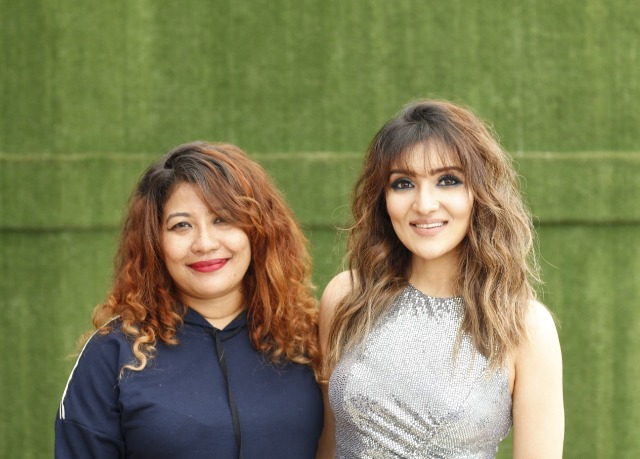 Very few people know that Purnima is the daughter of late Shri KB Lamchhane who had produced films such as Rajmahal starring Vinod Khanna, Neetu Singh and Amjad Khan. Speaking on the occasion Purnima said; “I have got the filmy keeda in legacy as I have literally grown up on film sets.

This short film was conceptualized when a friend of mine narrated to me an incident of hers while exploring the online dating apps, which have become super popular these days. Just as the case is with life, we meet certain good and not so good people. Govinda’s wife had shared a few pictures of Tina whilst I was writing the script and I knew instantly that she would be a great fit for the role. I knew her since childhood as I used to go to Govinda’s home for his interviews.

Tina is an absolute delight to work with. Mudit Nayar is another awesome actor. Nigam Bomzan our DOP does not need an introduction and the same is true with our editor Anurag Singh. Surender Bhatia of Glimpses is the most supportive producer that a debutant director could ever wish for.”

The youngsters these days are hooked on to such apps as in a quest to find love, which they seldom find. I am sure that the audiences will be able to relate to the content and love it. I knew Purnima through my parents as she used to come home to interview them as a journalist.

Being an entertainment journalist, writing stories comes naturally to her and being a producer’s daughter she has got the ‘filmy bug’ in legacy. Purnima knew what she wanted right from the beginning and hence the work of actors became easy. Mudit Nair is another awesome actor and is fast and accurate. I wish that we as a team do more projects together soon” said Tina as she signed off for the moment.