After watching several entertaining films last month, moviegoers are now quite excited to catch one of the most-awaited Hindi films of the year Bharat in theatres on Eid. Apart from this, there are many awaited films to be released in the month of June from the mainstream as well as regional cinema. 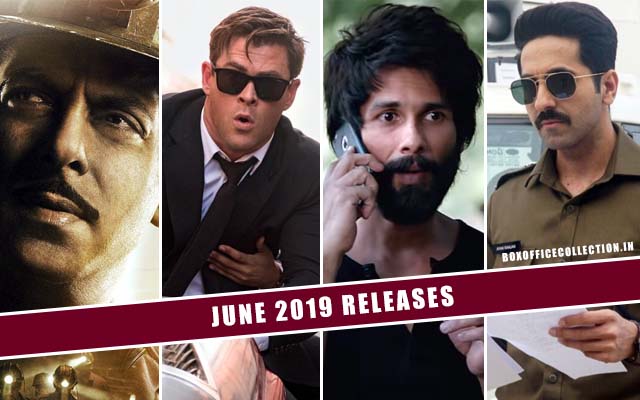 The Secret Life Of Pets 2– The second installment in the animated comedy franchise begun in 2016 with The Secret Life of Pets is directed by Chris Renaud. 14 June 2019 release, it features the voices of Patton Oswalt, Eric Stonestreet, Kevin Hart & more.

Game Over– The Hindi remake of Tamil/Telugu thriller drama stars Taapsee Pannu as a person on a wheelchair, who is defending her home from a mysterious entity. Directed by Ashwin Saravanan, it is set to release on 14 June 2019 in Hindi, Tamil & Telugu.

Kabir Singh– The much awaited Hindi remake of Telugu hit Arjun Reddy stars Shahid Kapoor & Kiara Advani in lead roles. Directed by  Sandeep Reddy Vanga, it is all set to hit the screens on 21 June 2019.

Shadaa– The much-awaited Punjabi comedy-drama stars one of the most favorite pairs in Punjabi cinema Diljit Dosanjh & Neeru Bajwa. Directed by Jagdeep Sidhu, it is arriving in theatres on 21 June 2019.

The Extraordinary Journey Of The Fakir– The first international film of south superstar Dhanush is directed by Ken Scott and scheduled to release on 21 June 2019 across India in the English language.

One Day– A Hindi crime thriller stars Anupam Kher, Esha Gupta and Kumud Mishra in lead roles. Directed by Ashok Nanda, it is scheduled to be released on 28 June 2019.

Annabelle Comes Home– The 7th installment in The Conjuring Universe franchise and the sequel to 2017’s Annabelle: Creation, the American supernatural horror film is directed by Gary Dauberman & will be released on 28 June 2019.