Superstar Akshay Kumar’s latest offering Mission Mangal has enjoyed a phenomenal run at the box office so far. Despite several new releases, it has remained unaffected and become the first 200-crore grosser of his career. While the adjacent release John Abraham’s Batla House has unfortunately missed the 100-crore mark. 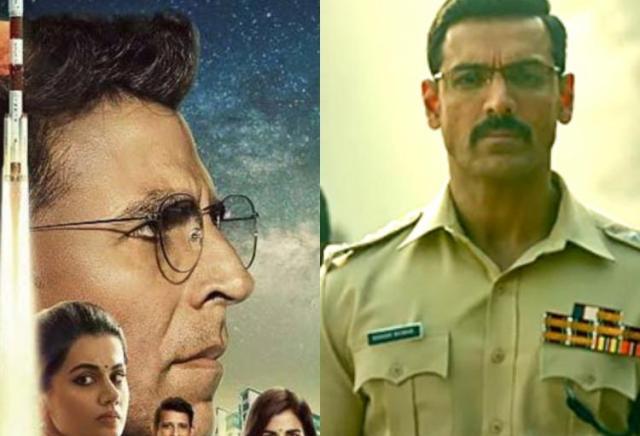 A month back released, the first Hindi space film Mission Mangal has got succeed to impress everyone and gathered a solid word of mouth. As a result, it did the business of 128.16 crores in the 8-days extended first week, 49.95 crores in the second, 15.03 crores in the third, and 7.02 crores in the fourth week.

Jagan Shakti’s directorial is now running in the fifth week and still has enough hold over the audience. On 5th Friday, after a significant drop, it had managed to collect 0.28 crore. Over the weekend, it took a usual jump and minted 0.45 crore on Saturday & 0.52 crore on Sunday. After 32 days, its total collection has become 201.41 crores nett.

On the other hand, Nikkhil Advani’s directorial action thriller Batla House has also received positive reviews but witnessed a dent in its business due to a clash. In the last four weeks, it had raked the business of 98.52 crores that included 65.84 crores in the first (8 days), 25.92 crores in the second, 5.26 crores in the third, and 1.50 crore in the fourth week.

T-Series Films, Emmay Entertainment & JA Entertainment’s production is now running in the fifth week at a very low note. On 5th Friday, it had managed to collect 0.01 crore. Over the weekend, the film had remained flat and minted 0.01 crore on Saturday & Sunday as well. After 32 days, its total collection has become 98.55 crores nett.