After a solid first week, superstar Akshay Kumar’s latest offering Good Newwz has passed the second weekend also at a very strong note. Being the primary choice of viewers, it is heading wonderfully across the country and has emerged as the 7th highest grosser of the year 2019 by surpassing the lifetime total of Kesari (154.50 crores) within 10 days of release. 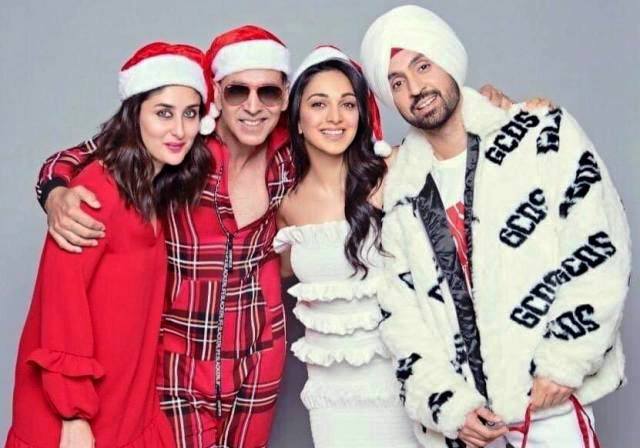 Co-starring Kareena Kapoor Khan, Kiara Advani, and Diljit Dosanjh, the Hindi comedy-drama has got succeed to entertain many in theatres and gathered a good word of mouth. From critics also, it has received mostly positive reviews for the fresh storyline filled with humour & emotions.

Directed by Raj Mehta, Good Newwz was released amid the high excitement of fans and expected took an excellent start. Over the weekend, it had shown remarkable growth and did the business of 64.99 crores. Then on weekdays, at a strong note, it had raked 62.91 crores and raised one week total collection to 127.90 crores nett from 3100 screens nationwide.

Karan Johar’s production is now running in the second week and had started the weekend at a steady note by collecting 8.10 crores on 2nd Friday. On 2nd Saturday, the film had recorded a healthy jump and minted 11.70 crores. On the next day i.e. 2nd Sunday, with a further jump, it has managed to collect 14.40 crores.

After 10 days, the total collection of Good Newwz has become 162.10 crores nett at the domestic box office. With this, it has also emerged as the 4th highest Hindi grosser of Akshay Kumar. As per the current trend, Zee Studios’ presentation is expected to rake over 182 crores by the end of this week.