Despite the unfavourable reactions from many critics and the new Hindi offering Ujda Chaman, last week released Housefull 4 has remained the first choice of viewers. After an excellent first week, it has registered a good second weekend and aiming to enter the 200-crore club in the week to come. 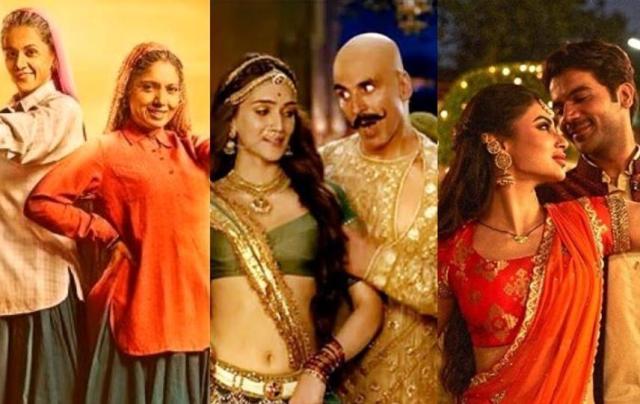 Akshay Kumar starrer latest instalment of the franchise Housefull has got failed to entertain many critics but still, the audience is showing good support. In the opening week, it had garnered the business of 141.31 crores that included 53.22 crores in the weekend and 88.09 crores on weekdays from 3900 screens.

Then in the second weekend, Housefull 4 has maintained a good trend and did the business of 8.05 crores on Friday. Over Saturday & Sunday, it took a decent jump and minted the amount of 10.10 crores & 13.12 crores respectively. After 10 days, its total collection has become 172.58 crores nett at the domestic box office.

On the other hand, Taapsee Pannu and Bhumi Pednekar starrer Saand Ki Aankh had remained under-performed in the first week and did the business of 11.68 crores. On 2nd Friday, it had minted 1.28 crore at a steady note. After a decent jump, the film has raked 1.89 crores on 2nd Saturday & 2.32 crores on 2nd Sunday, which has raised its 10 days total collection to 17.17 crores nett.

In parallel, Rajkummar Rao and Mouni Roy’s Made In China had started slightly better but eventually remained lower with 10.50 crores in the first week. On 2nd Friday, it had witnessed a significant drop and minted 0.55 crore. On 2nd Saturday, it has managed to collect 0.70 crore, while collected 0.80 crore on 2nd Sunday. With this, its 10 days total collection has become 12.55 crores nett.