After a solid first week, superstar Ajay Devgn’s latest offering opposite Kajol and Saif Ali Khan, Tanhaji: The Unsung Warrior has passed its second weekend at a super-strong note. Despite having the adjacent release Deepika Padukone’s Chhapaak in the parallel along with Akshay Kumar’s Good Newwz, it is running unaffectedly. 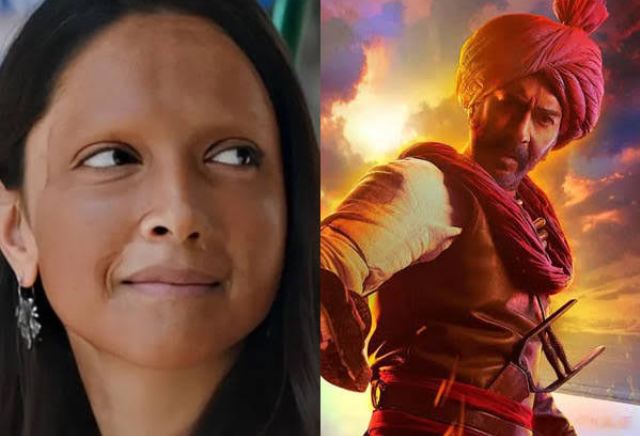 Directed by Om Raut, the period action drama has got succeed to hit the target right and gathered a positive word of mouth. As a result, it did the business of 118.91 crores in the first week that included 61.75 crores in the weekend and 57.16 crores on weekdays from 3880 screens including Hindi & Marathi versions.

T-Series Films’ presentation Tanhaji is now running in the second week and had started the weekend at a steady note by collecting 10.06 crores on Friday. With a big jump on Saturday, it had bagged 16.36 crores. Then on Sunday, the film has managed to collect 22.12 crores and raised 10 days total collection to 167.45 crores nett.

On the other hand, Meghna Gulzar’s directorial drama film Chhapaak has also received positive reactions from viewers but unfortunately got failed at the box office.  In the first week, it had raked the business of 28.38 crores with 19.02 crores in the weekend and 9.36 crores on weekdays from 1700 screens.

Then in the second weekend as well, Fox Star Studios’ hasn’t shown much growth and minted the amount of 0.95 crore on Friday & 1.40 crore on Saturday. On the next day i.e. Sunday, the film has managed to collect 1.75 crores and raised 10 days total collection to 32.48 crores nett.