The entertainment industry is now facing the heat of coronavirus, as all the theatres in major states of the country have been closed till 31st March 2020. As a result, the much-awaited Hindi action-thriller Baaghi 3 which had a solid week-1, has crashed down abruptly in the second weekend. 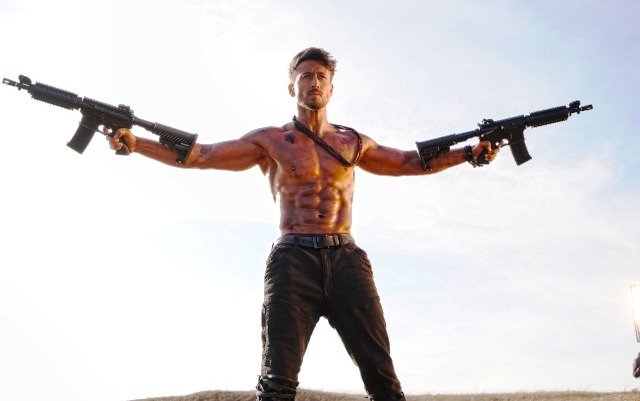 The latest offering of Tiger Shroff co-starring Shraddha Kapoor and Riteish Deshmukh, the newest instalment in the Baaghi franchise has received mixed reviews from critics. But among the audience, it has created a good impact and was getting an excellent response at the box office till the last week.

Baaghi 3 had started the journey at a solid note and remained steady throughout despite the fear of Covid-19. In the first week, it did a healthy business of 90.67 crores nett that included 53.83 crores in the weekend and 36.84 crores on weekdays from 4400 screens.

Now, Ahmed Khan’s directorial is running in the second week and had entered the weekend at a low note by collecting only 2.15 crores on its 2nd Friday. On the next day i.e. 2nd Saturday, the film had witnessed a further decline and minted the amount of 1.80 crores.

Then on 2nd Sunday, Baaghi 3 managed to remain steady and bagged the amount of 1.85 crores. After 10 days, the total collection of Sajid Nadiadwala’s production has become 96.49 crores nett at the domestic box office. At a slow note, but it is heading towards the 100-crore mark.