Last week released, Dangal director Nitesh Tiwari’s latest offering Chhichhore has refused to slow down at the box office in its second week despite a couple of new Hindi releases Dream Girl and Section 375. After a super-strong second weekend, it has now entered on weekdays at a strong note. 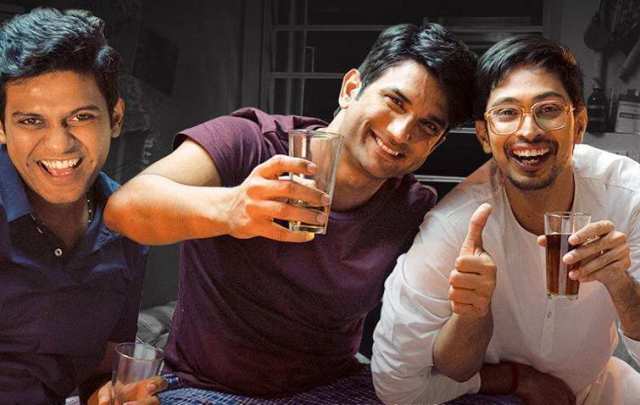 Sushant Singh Rajput, Shraddha Kapoor, and Varun Sharma starrer Hindi comedy-drama has impressed almost everyone in theatres and gathered a good word of mouth. From critics also, it has received mostly positive reviews for its delightful & humorous storyline.

Chhichhore had started its journey at a fair note and registered the second-best opening of Sushant’s career. Over the weekend, it had picked up superbly and did the business of 35.98 crores. Then on weekdays as well, it had maintained a strong pace and raked the business of 32.85 crores that raised its one week total collection to 68.83 crores.

Sajid Nadiadwala and Fox Star Studios’ presentation is now running in the second week and still has a solid hold over the audience nationwide. In the weekend, it had bagged the amount of 25.23 crores that included 5.34 crores on Friday, 9.42 crores on Saturday & 10.47 crores on Sunday.

On 2nd Monday, Chhichhore has witnessed a slight drop in footfalls vis-a-vis 2nd Friday and minted the amount of 4.02 crores. After 11 days, the total collection of the film has become 98.08 crores nett at the domestic box office. With this, it has surpassed the lifetime total of Manikarnika (95.17 crores) and Luka Chuppi (94.75 crores).