After a massive first week, director Jagan Shakti’s space film Mission Mangal has passed the second weekend also at a strong note and emerged as the 4th highest grosser of the year so far in Hindi Cinema by surpassing the lifetime total of Kesari (154.50 crores) within just 11 days of release. 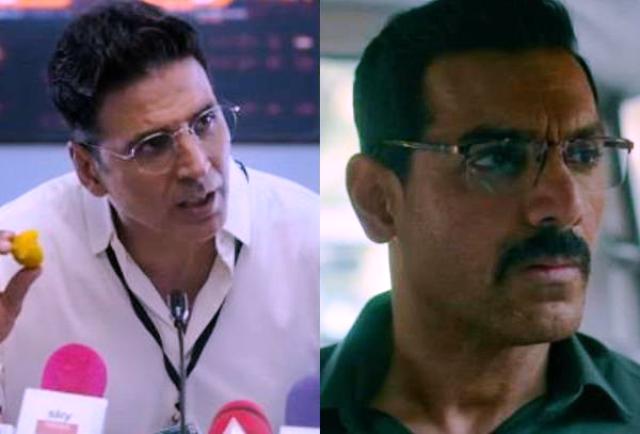 Starring Akshay Kumar, Vidya Balan, Sonakshi Sinha, Taapsee Pannu, Kirti Kulhari, Nithya Menen & Sharman Joshi, the film has expectedly gathered a solid word of mouth. As a result, it did the business of 128.16 crores in the opening week that included 97.56 crores in the 4-days extended weekend and 30.60 crores on weekdays.

On 2nd Friday, Mission Mangal had started the second weekend at a strong note due to Krishna Janmashtami holiday and scored 7.83 crores. On 2nd Saturday, it took a healthy jump and minted 13.32 crores. While on the next day i.e. 2nd Sunday, with further growth, Fox Star Studios’ presentation has bagged the amount of 15.30 crores and raised its 11 days total domestic collection to 164.61 crores nett.

On the other hand, the adjacent Hindi release John Abraham and Mrunal Thakur starrer Batla House has also received positive reactions from the viewers. With a good word of mouth, it had raked the business of 65.84 crores in the first week that included 47.99 crores in the weekend and 17.85 crores on weekdays.

On 2nd Friday, Nikkhil Advani’s directorial had remained steady due to Janmashtami holiday and garnered the business of 4.15 crores. Over the second weekend, it showed a good jump and collected the amount of 6.58 crores on 2nd Saturday & 7.21 crores on 2nd Sunday. After 11 days, the total collection of Batla House has become 83.78 crores nett.