The much-anticipated intense love story Kedarnath had passed its opening week on a solid note and now in the second week as well, it has a good hold over the audience. Despite the new release Aquaman, it is running unaffectedly at the box office and has already emerged a hit. 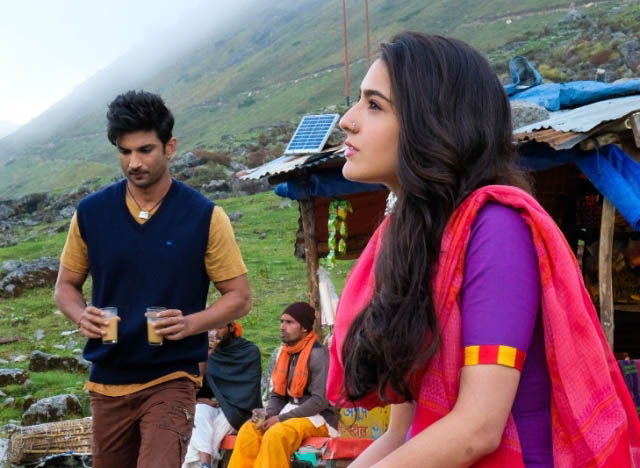 Directed by Abhishek Kapoor, Kedarnath did the business of 42.45 crores in the first week that included 27.75 crores in the weekend and 14.70 crores on weekdays from 1900 screens despite being banned in the state Uttarakhand and having the magnum opus 2.0 in the opposite.

Then in the second weekend, it managed to stay strong and raked the business of 11.88 crores with 2.51 crores on Friday, 3.98 crores on Saturday & 5.39 crores on Sunday from 1280 screens. Now the film has entered on weekdays again and with a drop of 20% than 2nd Friday, minted the amount of 2 crores on 2nd Monday.

With this, the total collection of RSVP Movies & Guy in the Sky Pictures’ production after 11 days has become 56.33 crores nett at the domestic box office. Sushant-Sara starrer is likely to score over 60 crores by the release of Shahrukh Khan, Katrina Kaif & Anushka Sharma starrer highly-awaited Zero i.e. 21 December 2018.

The debut film of Saif Ali Khan & Amrita Singh’s gorgeous daughter Sara Ali Khan paired opposite Sushant Singh Rajput, Kedarnath has received mixed reviews from the critics but everyone is praising the debutante, and also the film is getting good support from the multiplex audience.