Last week released, Bollywood biggie Zero has unfortunately got slowed down rapidly within a week due to mixed feedback and didn’t show any improvement in the second weekend as well. Due to the new arrival from the industry Simmba, superstar Shahrukh Khan starrer got affected badly while the parallel one KGF is running smoothly. 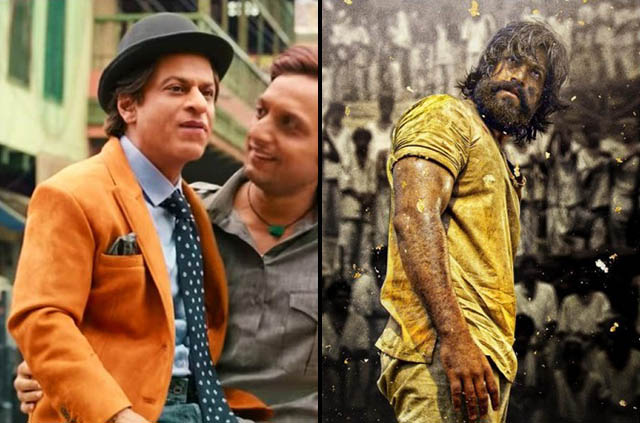 Directed by the very promising Aanand L. Rai, Zero has got failed to live up to its humongous expectations and gathered mixed word of mouth. As a result, it registered the business of 90.07 crores in the first week which included 59.07 crores in the weekend and 31 crores on weekdays from 4380 screens nationwide.

In the second weekend, it did the business of 3.75 crores with 1 crore on Friday, 1.25 crore on Saturday & 1.50 crore on Sunday. On Monday, despite New Year’s Eve, Red Chillies Entertainment’s production remained under-performed and collected 1 crore. With this, its 11 days total collection has become 94.82 crores.

While on the other hand, Kannada superstar Yash’ magnum opus KGF is performing phenomenally across the country even with its dubbed Hindi version. In the opening week, it did the business of 21.45 crores which included 12.10 crores in the weekend and 9.35 crores on weekdays from 1500 screens.

In the second week, Prashanth Neel’s directorial remained steady and minted 5.25 crores from 780 screens with 1.25 crore on Friday, 1.75 crore on Saturday & 2.25 crores on Sunday. On Monday also, KGF (Hindi) remained good and collected 1.50 crores. With this, its 11 days total collection has become 28.20 crores.