From the director of Bollywood’s biggest blockbuster Dangal, Nitesh Tiwari’s latest offering Chhichhore is not ready to slow down at the box office despite a couple of new Hindi releases Dream Girl and Section 375. The film has already joined the 100-crore club and within 13 days of release, it has surpassed the lifetime total of De De Pyaar De (103.64 crores). 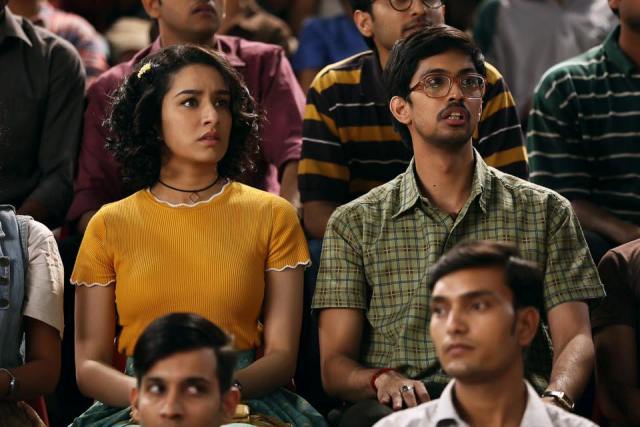 Sushant Singh Rajput, Shraddha Kapoor, and Varun Sharma starrer had shown noticeable growth over the opening weekend after a fair start and did the business of 35.98 crores. Then on weekdays as well, it had maintained a strong pace and raked the business of 32.85 crores that raised its one week total collection to 68.83 crores.

The Hindi comedy-drama Chhichhore is now running in the second week and still has a solid hold over the audience in metros. In the weekend, it had performed superbly well despite a clutter and did the business of 25.23 crores that included 5.34 crores on Friday, 9.42 crores on Saturday & 10.47 crores on Sunday.

Then on weekdays, Sajid Nadiadwala and Fox Star Studios’ presentation has witnessed a minimal drop in footfalls and minted the amount of 4.02 crores on 2nd Monday and 4.11 crores on 2nd Tuesday. On the next day i.e. 2nd Wednesday, it has bagged the amount of 3.60 crores and raised 13 days total collection to 105.79 crores nett at the domestic box office.

With this, Chhichhore has become the 10th highest grosser of the year so far in Hindi Cinema. The film has lived up to the expectations and gathered a good word of mouth. As per the current trend, it is expected to go past 108.50 crores by the end of this week.