After passing the first week at an excellent note, Housefull 4 is performing very well in the second week also. Akshay Kumar starrer had maintained a good pace in the weekend and now on weekdays as well, it is heading steadily despite the mixed word of mouth and clutter at the box office. 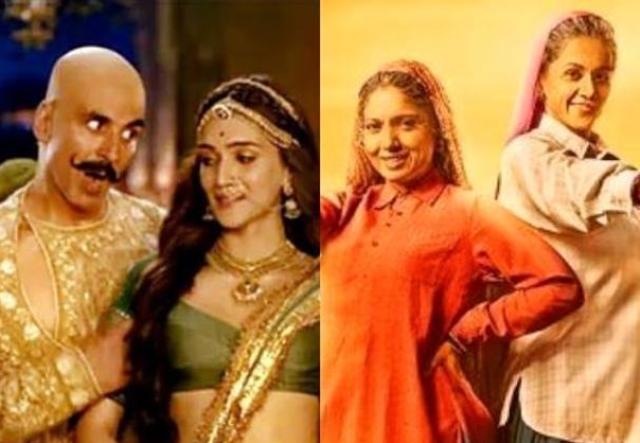 Backed by Sajid Nadiadwala, the fourth instalment of the franchise Housefull is getting good support from the audience despite unfavourable reviews from critics and did the business of 141.31 crores in the first week. In the second weekend, it had scored 31.27 crores that included 8.05 crores on Friday, 10.10 crores on Saturday & 13.12 crores on Sunday.

On weekdays, Farhad Samji’s directorial Housefull 4 had witnessed a usual drop in footfalls and minted 5.45 crores on 2nd Monday & 4.75 crores on 2nd Tuesday. On the next day i.e. 2nd Wednesday, it has managed to collect 3.80 crores and raised 13 days total collection to 186.58 crores nett at the domestic box office.

In parallel, there is Taapsee Pannu and Bhumi Pednekar starrer Saand Ki Aankh which has gathered a positive word of mouth but still remained underperformed in the first week and raked 11.68 crores. In the second weekend, it had picked up well and bagged 5.49 crores with 1.28 crore on Friday, 1.89 crores on Saturday & 2.32 crores on Sunday.