Fox Star Studios’ presentation, India’s first Hindi space film Mission Mangal is heading superbly at the box office since its release and has potential to become the first 200-crore grosser of superstar Akshay Kumar at the domestic box office. But this Friday releasing much-awaited action thriller Saaho could spoil the game. 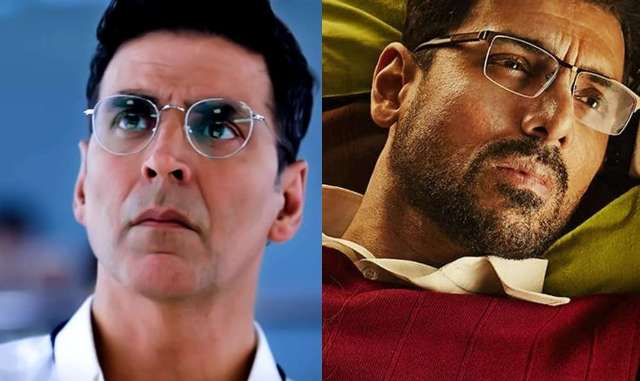 Starring Akshay Kumar and a women brigade that includes Vidya Balan, Sonakshi Sinha, Taapsee Pannu, Kirti Kulhari & Nithya Menen, Mission Mangal had raked a fantastic business of 128.16 crores in the first week with 97.56 crores in the 4-days extended weekend and 30.60 crores on weekdays.

Then in the second weekend as well, Jagan Shakti’s directorial had remained strong and did the business of 36.45 crores that included 7.83 crores on Friday, 13.32 crores on Saturday & 15.30 crores on Sunday. On weekdays, the film had recorded a usual drop and managed to collect 3.87 crores on 2nd Monday.

On the next day i.e. 2nd Tuesday, with a further decline, Mission Mangal has bagged the amount of 3.53 crores and raised its 13 days total domestic collection to 172.01 crores nett. By the end of this week, it is expected to rake more than 177 crores nett.

In parallel, the adjacent Hindi major release John Abraham and Mrunal Thakur starrer Batla House has also received mostly positive reactions from the audience and did the business of 65.84 crores in the first week that included 47.99 crores in the weekend and 17.85 crores on weekdays.

In the second weekend, Nikkhil Advani’s directorial had garnered the business of 17.94 crores with 4.15 crores on Friday, 6.58 crores on Saturday & 7.21 crores on Sunday. Then on weekdays, the film had faced a significant drop and minted 2.26 crores on 2nd Monday & 2.08 crores on 2nd Tuesday. After 13 days, its total collection has become 88.12 crores nett.