After an excellent first week, the newest instalment of the Dabangg franchise, Dabangg 3 has experienced a heavy dent in business due to the release of Akshay Kumar’s Good Newwz and passed the second week at a low note. Despite the high initial buzz, it has slowed down earlier than expected. 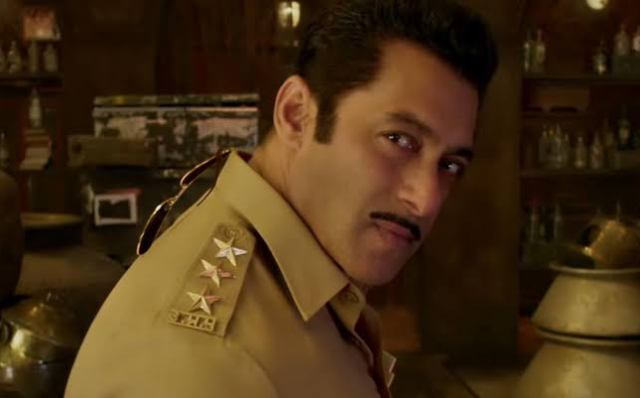 Starring Salman Khan, Sonakshi Sinha, Kichcha Sudeep, and Sai Manjrekar in lead roles, the much-awaited Hindi action-comedy has unfortunately got failed to convince many critics as well as the audience because of its average screenplay and gathered a mixed word of mouth.

Directed by Prabhu Dheva, Dabangg 3 had started the journey at a decent note and remained to underperform throughout. In the first week, it had raked the business of 126.55 crores that included 81.15 crores in the weekend and 45.40 crores on weekdays including all the versions.

In the second weekend, Salman Khan Films’ presentation had shown below-average performance and did the business of 11.25 crores with 3.50 crores on Friday, 3.25 crores on Saturday & 4.50 crores on Sunday. Then on weekdays, it has managed to remain almost steady but at a lower side.

On 2nd Monday, Dabangg 3 had faced a significant drop and minted the amount of 2 crores. With a reasonable jump, it had scored 2.50 crores on 2nd Tuesday & 3.50 crores on 2nd Wednesday. On the next day i.e. 2nd Thursday, it has managed to collect 1.75 crores and raised 2 weeks total collection to 147.55 crores nett at the domestic box office.