The latest offering of superstar Akshay Kumar, Housefull 4 is enjoying good support of the audience across the country. Despite mostly unfavourable reviews, it had passed the first week at an excellent note and also remained good in the second week. As a result, it is all set to become the 2nd highest-grosser of Akshay by dominating 2.0 (189.84 crores / Hindi). 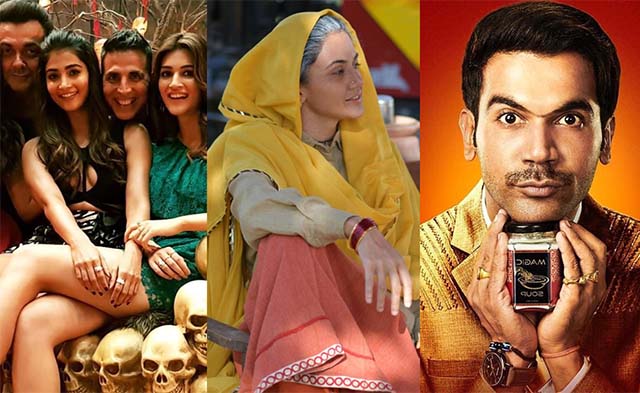 Directed by Farhad Samji, the fourth instalment of Housefull franchise has unfortunately faced so much of negativity but still, it had got succeed to register a solid business of 141.31 crores in the first week. In the second weekend as well, it had remained strong and raked 31.27 crores that included 8.05 crores on Friday, 10.10 crores on Saturday & 13.12 crores on Sunday.

Then on weekdays, despite a usual drop in footfalls, Housefull 4 has managed to collect 5.45 crores on 2nd Monday, 4.75 crores on 2nd Tuesday & 3.80 crores on 2nd Wednesday. On the next day i.e. 2nd Thursday, Sajid Nadiadwala’s production has minted 3.15 crores and raised 2 weeks total collection of 189.73 crores nett at the domestic box office.