Despite the clash with another awaited Hindi film, superstar Akshay Kumar starrer Mission Mangal has got succeed to divert the major audience toward itself and has already become the 4th highest-grossing Hindi film of the year. Within 14 days of release, it has crossed the mark of 175 crores at the domestic box office. 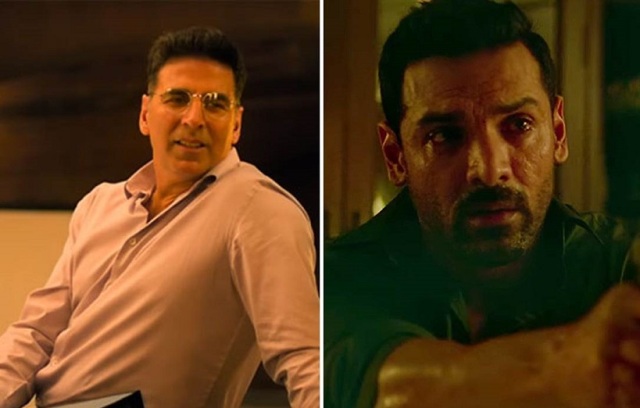 Directed by Jagan Shakti, Hindi space drama has gathered a solid word of mouth and did the business of 128.16 crores in the first week that included 97.56 crores in the 4-days extended weekend and 30.60 crores on weekdays. Then in the second weekend, at a strong note, the film had garnered 7.83 crores on Friday, 13.32 crores on Saturday & 15.30 crores on Sunday.

Now Mission Mangal is running on weekdays and still has a good hold over the audience nationwide. With a usual drop in footfalls, it had managed to collect 3.87 crores on 2nd Monday & 3.53 crores on 2nd Tuesday. On the next day i.e. 2nd Wednesday, Fox Star Studios’ presentation has minted 3.28 crores and raised 14 days total collection to 175.29 crores nett.

On the other hand, John Abraham and Mrunal Thakur starrer adjacent release Batla House did the business of 65.84 crores in the opening week with 47.99 crores in the weekend and 17.85 crores on weekdays. In the second weekend as well, it had remained steady and bagged 4.15 crores on Friday, 6.58 crores on Saturday & 7.21 crores on Sunday.

On weekdays, Nikkhil Advani’s directorial had recorded a usual drop in footfalls and collected the amount of 2.26 crores on 2nd Monday & 2.08 crores on 2nd Tuesday. On the next day i.e. 2nd Wednesday, it has scored 1.96 crores and raised 14 days total collection to 90.04 crores nett.