The biggest Bollywood film of the year, War is showing the best trend at the box office and within 14 days of release, it has become the highest grosser by dominating the record of Kabir Singh (278.24 crores). Soon it will become the first 300-crore grosser of the year in Hindi Cinema. 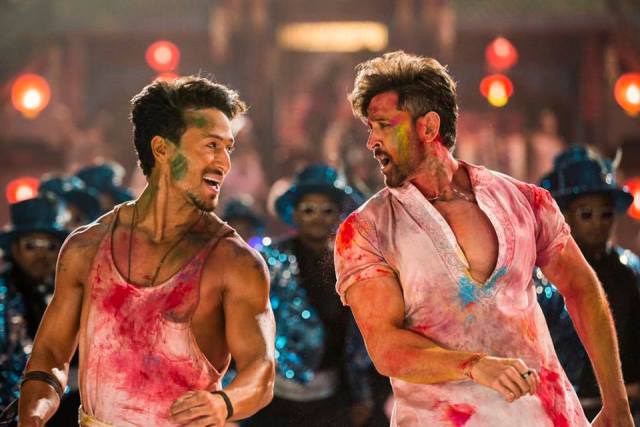 Hrithik Roshan, Tiger Shroff, and Vaani Kapoor starrer action-thriller has got succeed to impress everyone with its thrilling storyline and jaw-dropping action sequences. From critics as well, it has received mostly positive reviews and gathered a strong word of mouth.

Directed by Siddharth Anand, War was opened at an exceptional note and had registered the biggest opening of all time in Hindi Cinema with 53.35 crores. Over the extended opening week, it had remained super-strong and did the business of 238.35 crores that included 166.25 crores in 5-days weekend and 72.10 crores in weekdays.

In the second weekend as well, the film had maintained an excellent pace and did the business of 33.30 crores with 7.60 crores on Friday, 11.80 crores on Saturday & 13.90 crores on Sunday. Now it is running on weekdays and still has a solid hold over the audience despite a significant drop in footfalls.