A couple of weeks back released Hindi comedy-drama Badhaai Ho showed a phenomenal performance so far at the box office and become a super hit. After the 2 successful weeks, now it has entered in the third week and still has a strong hold over the audience due to no major release this Friday. 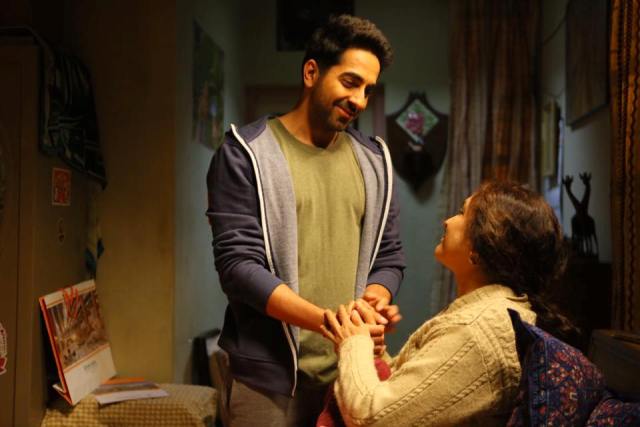 Directed by Amit Sharma, Badhaai Ho has entertained everyone in theaters and gained a solid word of mouth. As a result, it did the business of 66.10 crores in the 8-days extended opening week with 45.70 crores of the 4-days weekend and 20.40 crores of weekdays.

Then on weekdays as well, Ayushmann Khurrana & Sanya Malhotra starrer remained steady and bagged the amount of 2.60 crores on 2nd Monday, 2.50 crores on 2nd Tuesday, 2.35 crores on 2nd Wednesday & 2.55 crores on 3rd Thursday. After 2 weeks, its total collection was recorded at 94.25 crores.

Now Badhaai Ho is in the third weekend and has no major release in its opposite. On 3rd Friday, it faced a drop of only 8% than the previous day and minted the amount of 2.35 crores. With this, its 16 days total collection has become 96.60 crores.