The last major film of the year 2019, Good Newwz is enjoying a terrific run at the box office since its release and now aiming towards the 200-crores mark. After a couple of solid weeks, it has recorded a significant drop in footfalls due to two new Hindi releases and passed the third weekend at a decent note. 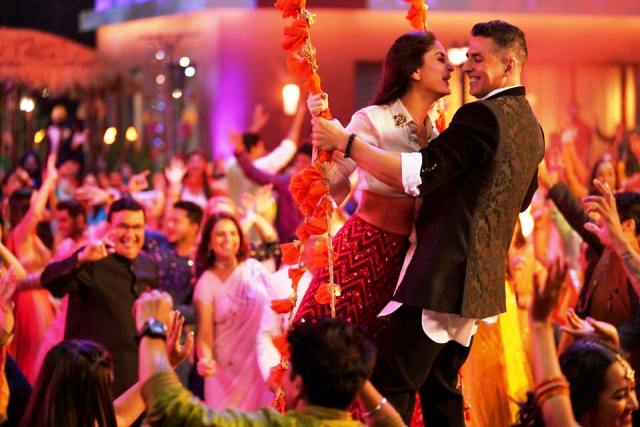 Superstar Akshay Kumar’s latest offering opposite Kareena Kapoor Khan, Kiara Advani, and Diljit Dosanjh, the much-awaited Hindi comedy film has got succeed to make the desired impact on viewers and gathered of good word of mouth. From critics also, it has received mostly positive reviews.

Directed by debutant Raj Mehta, Good Newwz had started the journey at an excellent note and attained a solid pace afterward. In the first week, it had garnered the business of 127.90 crores with 64.99 crores in the weekend and 62.91 crores on weekdays from 3100 screens nationwide.

Then in the second week, Karan Johar’s production had maintained a solid pace and had raked the business of 53.46 crores that included 34.20 crores in the weekend and 19.26 crores on weekdays. After 2 weeks, its total collection was recorded at 181.36 crores nett at the domestic box office.

After that, Good Newwz had entered the third weekend at a decent note by collecting 2.07 crores on Friday. With a noticeable jump, it had bagged the amount of 3.06 crores on Saturday. On the next day i.e. Sunday, the film has managed to collect 3.60 crores and raised 17 days total collection to 190.09 crores nett.