After a couple of successful weeks, Housefull 4 has passed the third weekend at a decent note with having new release Bala in the opposite. At an almost steady note, Akshay Kumar starrer is heading toward the 200-crore mark and expected to achieve the feat by the end of this week. 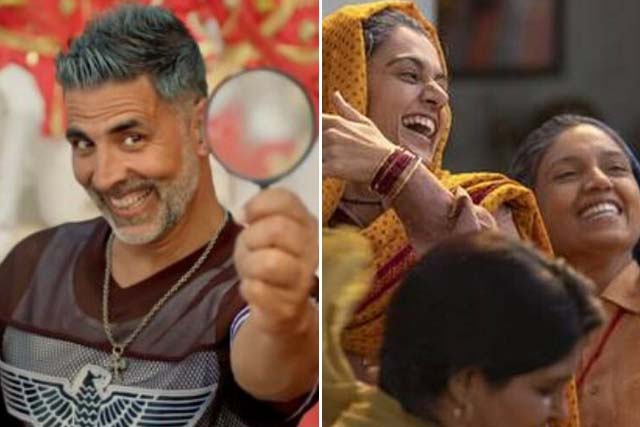 Directed by Farhad Samji, the fourth instalment of the franchise Housefull has faced unexpected negativity from critics but still with good support from the audience, it had raked the business of 141.31 crores that included 53.22 crores in the weekend and 88.09 crores on weekdays.

In the second week as well, Housefull 4 had maintained a good pace and did the business of 48.42 crores with 31.27 crores in the weekend and 17.15 crores on weekdays. Then in the third weekend, despite a significant drop, it had entered at a decent note by collecting 1.95 crores on 3rd Friday.

On 3rd Saturday, Sajid Nadiadwala’s production had witnessed a usual jump and minted 2.80 crores. On the next day i.e. 3rd Sunday, the film had managed to collect 4.35 crores and raised 17 days total collection to 198.83 crores nett at the domestic box office.

In parallel, Taapsee Pannu and Bhumi Pednekar starrer Saand Ki Aankh has gathered a positive word of mouth but still remained underperformed and did the business of 11.68 crores in the first week and 8.37 crores in the second. Then in the third weekend, after a drop, it has managed to collect 0.27 crore on Friday, 0.51 crore on Saturday & 0.72 crore on Sunday. After 17 days, its total collection has become 21.55 crores nett.