Despite the release of highly-buzzed Saaho, superstar Akshay Kumar and Vidya Balan starrer Mission Mangal has passed the third weekend at a good note after a couple of successful weeks. While John Abraham and Mrunal Thakur starrer Batla House has remained to remain decent throughout. 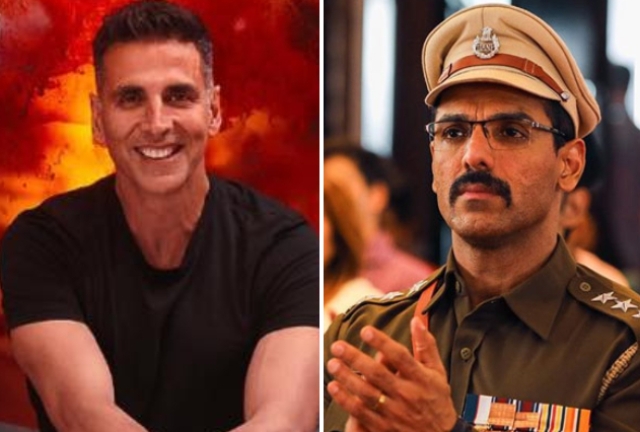 Directed by Jagan Shakti, the Hindi space drama Mission Mangal has gathered a solid word of mouth and did the business of 128.16 crores in the 8-days extended first week. In the second week as well, it had maintained a strong pace and raked the business of 49.95 crores.

On 3rd Friday, Fox Star Studios’ presentation had recorded a significant drop in footfalls and minted 2.20 crores. Over the weekend, the film showed good growth and bagged the amount of 3.25 crores on 3rd Saturday & 3.64 crores on 3rd Sunday. After 18 days, the total collection of Mission Mangal has become 187.20 crores nett & surpassed the lifetime total of Bajirao Mastani (184.20 crores).

On the other hand, Nikkhil Advani’s directorial action thriller Batla House has also received positive reactions and had garnered the business of 65.84 crores in the 8-days extended opening week. Then in the second week, at a steady note, the film had managed to collect 25.92 crores.

On 3rd Friday, T-Series Films, Emmay Entertainment & JA Entertainment’s production had scored 0.73 crore after a major drop. Over the weekend, it has picked up decently and minted 0.91 crore on 3rd Saturday & 1.52 crores on 3rd Sunday. After 18 days, the total collection of Batla House has become 94.92 crores nett.