The first bonafide blockbuster of the year 2019, Uri The Surgical Strike has also become the highest grossing mid-budget film of all time in Hindi cinema with the end of its third weekend. Despite having the much-anticipated Manikarnika: The Queen of Jhansi & Thackeray in the opposite, the Hindi war drama is running strongly across India. 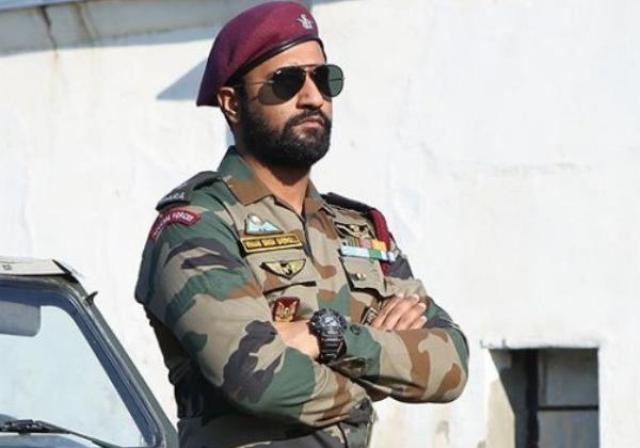 After the two tremendous weeks, Uri The Surgical Strike has passed its third weekend as well on a strong note and registered the business of 23.54 crores which included 4.40 crores on Friday, 9.86 crores on Saturday & 9.28 crores on Sunday. Now the film has entered on weekdays once again and still has a good hold over the audience.

On 3rd Monday, Aditya Dhar’s directorial faced a drop of 22.05% than 3rd Friday and managed to collect the amount of 3.43 crores. With this, its 18 days total collection has become 160.45 crores nett at the domestic box office including 133.48 crores from last 2 weeks.

Uri The Surgical Strike was released amid good buzz and received mostly positive reviews from everyone. In the opening week, it remained super-strong throughout and did the business of 70.94 crores which included 35.73 crores in the weekend and 35.21 crores on weekdays.

Then in the second week as well, RSVP Movies’ production maintained a solid pace and raked the business of 62.54 crores with 38.22 crores in the weekend and 24.32 crores on weekdays. As per the current trend, Uri The Surgical Strike is positively aiming towards the 200-crore mark.