The fourth instalment of the franchise Housefull, Housefull 4 has already emerged as a superhit and become the second 200-crore grosser of superstar Akshay Kumar. After a couple of successful weeks, the film is now running in the third week and still heading steadily at a decent note. 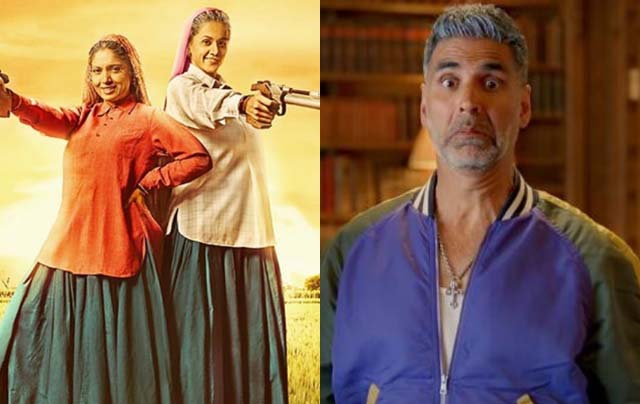 Directed by Farhad Samji, the Hindi comedy-drama has faced unexpected negativity from critics but still with good support of the audience across the country, it had raked the business of 141.31 crores in the first week and 48.42 crores in the second week.

In parallel, Taapsee Pannu and Bhumi Pednekar starrer Saand Ki Aankh has gathered a positive word of mouth but still remained underperformed throughout at the box office and did the business of 11.68 crores in the first week and 8.37 crores in the second week.