This Friday, three notable Hindi movies have been released at the box office- Jack And Dil, Lupt & Ekkees Tareekh Shubh Muhurat. Unfortunately none of them has received considerable response from the audience on the opening day, as already-existing Badhaai Ho & Baazaar are still their first & second preferences respectively. 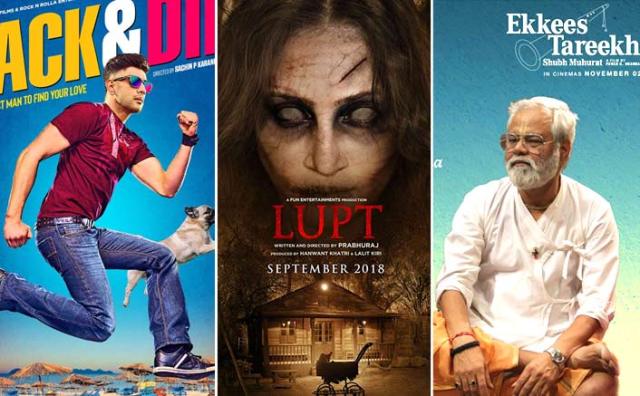 Directed by Sachin P. Karande, romantic-comedy Jack And Dil is the biggest release of this week, starring Arbaaz Khan, Amit Sadh, Sonal Chauhan & Evelyn Sharma. Due to low initial buzz, the movie took a poor start and also got failed to make an impact on critics.

On Friday, it got opened with minimal occupancy across the country and recorded not much growth over the evening & night shows. At the end, it registered the opening business of only 0.20 crore. This shows, audiences are saving their time for Diwali release Thugs Of Hindostan.

In parallel, there is supernatural horror movie Lupt starring Javed Jaffrey & Vijay Raaz in pivotal roles. Directed by Prabhuraj, it also got failed to impress viewers. On a horrible note, it remained on ground throughout the day and collected the amount of 0.10 crore.

On the other hand, director Pavan K Chauhan’s comedy-drama Ekkees Tareekh Shubh Muhurat was released with no buzz and as expected got a disastrous start. Amid unfavorable feedback, it has done the business of only 0.04 crore on Friday.