After a disaster Laal Kaptaan, Saif Ali Khan is back with his new solo offering titled Jawaani Jaaneman which shows some hope to perform well at the box office. Saif has played a crucial role in the blockbuster Tanhaji: The Unsung Warrior also, but the major credit of its success goes to superstar Ajay Devgn. 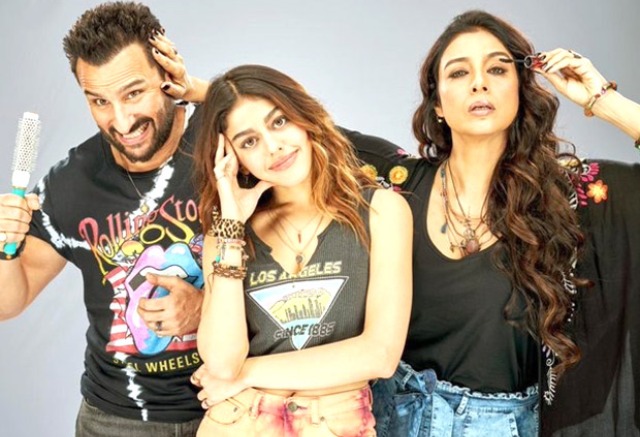 Directed by Nitin Kakkar, the Hindi comedy film co-stars debutante Alaya F and Tabu has got succeed to convince critics because of its entertaining storyline. From the audience as well, the film has got a thumbs up and gathered a positive word of mouth.

On Friday, Jawaani Jaaneman was opened at a low note with around 10% occupancy in the morning. Post noon shows, the film had witnessed a decent jump in footfalls in multiplexes across the country and managed to collect the amount of 3.24 crores nett at the domestic box office.

Due to positive reactions from the viewers, Pooja Entertainment’s presentation is expected to take good growth over this weekend as the last week’s offerings Street Dancer 3D and Panga had recorded a lower response than expected in the first week and have entered the new week at a low note.

Tanhaji is the only film which is still doing wonderful at the box office and can hamper the performance of Jawaani Jaaneman. On its 4th Friday, Ajay’s period action drama has managed to collect 2.77 crores and raised 22 days total collection to 240.64 crores nett.